The SAE AeroConnect Challenge™ is the inaugural student engineering design competition in the SAE Emerging Technology Series, which provides an opportunity for students to think critically about current and future emerging technologies in the mobility engineering industry.
The AeroConnect Challenge™ 2020 challenge topic tasks students with developing rapidly deployable UAV systems to support fighting wildfires through fire detection, imaging and tracking; fire suppression aircraft routing; and persistent communications for a chance to win up to $8,000.
Students will present their concepts and winners will selected at AeroTech 2020.

SAE will be hosting standards committee meetings in junction with AeroTech.

Monday, March 16
Limited to 25 people for each tour
Price $150.00/each tour (make selection during event registration)

Northrop Grumman Aerospace Systems is a premier provider of manned and unmanned aircraft, space systems and advanced technologies critical to our nation’s security.  The sector’s El Segundo, California site is home of the world-class Advanced Composites Center that produces large, complex composite structures and parts for a variety of aircraft and space platforms.  It is the center/aft fuselage production site for the F/A-18E/F and EA-18-G aircraft, for which Northrop is the prime contractor.  El Segundo is also a major development site for the F-35 Lightning II aircraft, for which Lockheed Martin is the prime contractor.

Northrop Grumman Corporation’s Space Park in Redondo Beach, California, is a key part of Northrop Grumman Aerospace Systems. Originally opened in 1961, Space Park has been the birthplace of achievements of great significance for space exploration and national security. Today, Space Park employs more than 7,000 people working on a new generation of space systems on the cutting edge of technology.

The American Institute of Aeronautics & Astronautics (AIAA) designated Space Park a Historic Aerospace Site in 2011, recognizing the site’s heritage as a location where more than 100 of the world's most technically challenging satellites, rocket engines, astronomical observatories, and high-power lasers were designed and built, and noting employees' penchant for solving difficult problems and developing breakthrough programs. 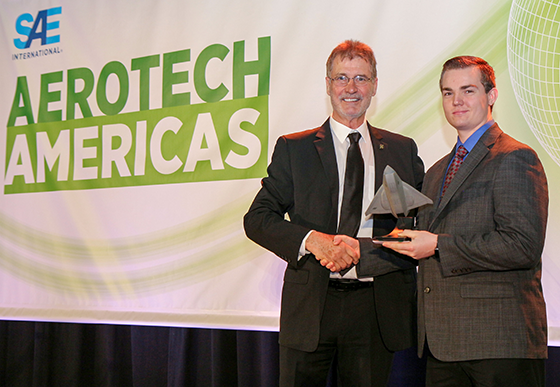 The following awards will be presented to these exceptional individuals who are making a significant impact on the Aerospace community.