Due to concerns around the ongoing coronavirus (COVID-19) pandemic, SAE International has made the difficult decision to transition COMVEC to a virtual event and cancel the in-person event, originally scheduled for September 15-17, 2020, Rosemont, Illinois. The virtual event is planned for September 15-17, and additional information will be made available in the coming weeks.

Before making this decision, we extensively monitored and evaluated health directives from governmental and international health authorities, government- and corporate-imposed travel restrictions, and distancing and gathering directives and recommendations. We remain firmly committed to prioritizing the health and safety of our speakers, customers, partners and staff who are attending our events, and apologize for any inconvenience this cancellation has caused.

The COMVEC™ Technology Connection is the only North American event that addresses vehicles and equipment spanning the on-highway, off-highway, agricultural, construction, industrial, military and mining sectors. The content for this event is driven by the need to reduce C02 emissions and improve vehicle efficiencies for fuel savings. COMVEC covers the latest and critical need-to-know information impacting global commercial vehicles today and in the future.

Why You Should Attend 2020 COMVEC™ 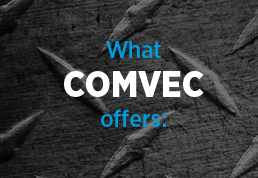 She has over 30 years of international technology experience in the automotive, aerospace and advanced water technology fields, much of which she gained through roles of increasing importance with Fiat Chrysler Automobiles, Eaton Aerospace and Xylem Inc.

After starting her career in product development for Delphi/General Motors in 1988, Ms. Iyengar joined Chrysler in 1997 as a Powertrain Systems Engineer. This was followed by a series of roles of increasing importance in its powertrain division, and in 2005 was named Senior Manager and Chief Engineer of Fiat Chrysler Automobiles’ (FCA) Hybrid Development Center. From 2009 – 2012 Ms. Iyengar served as Global Director, Electrified Powertrains for FCA. In 2012 she joined Eaton Aerospace as Group Vice President Engineering and Technology, and from 2015 – 2019 she was the Senior Vice President, Chief Innovation and Technology Officer of Xylem Inc., a leading water technology company.

Before entering the world of truck automation, Chuck had over 25 years experience in the development and management of innovative software technologies, as VP of Development at Oracle Corporation, VP Engineering at Active Reasoning, Inc. (acquired by Oracle), SVP at Hotjobs.com and, after the company’s acquisition by Yahoo, a Yahoo! SVP.

Before Hotjobs.com, Chuck was cofounder and CTO at Lumenare’ Networks (acquired by Dell as Gale Technologies), Director of Engineering at Freegate (acquired by Tut Systems), and Chief Engineer at Broadvision (NASDAQ: BVSN).

Mike has worked in the commercial vehicle industry for over 30 years, is the Executive Director of the North American Council for Freight Efficiency and leads the Trucking Efficiency Operations for the Rocky Mountain Institute.  Mike’s specialty is brokering green truck collaborative technologies into the real world at scale.  He has a Bachelor of Science in Engineering from the Ohio State University and a Master’s in Organizational Leadership from the Indiana Institute of Technology.  Mike currently serves on the second National Academy of Sciences Committee on Technologies and Approaches for Reducing the Fuel Consumption of Medium- and Heavy-Duty Vehicles, is a Department of Energy Merit Reviewer for the SuperTruck programs and served as Chairman of the Board for the Truck Manufacturers Association.  He understands the customers, operations and intricacies of the commercial vehicle industry having held various positions in product development, engineering, reliability and quality, sales, materials and plant management with Navistar and Behr/Cummins.

I Want to Learn About Attending COMVEC

Don’t miss important updates about COMVEC and everything SAE International has to offer about the future of mobility. Just complete this short form. Interested in exhibiting or sponsoring? Visit the exhibitor/sponsor page for more information.