Uniting Government Policy and Regulatory Makers with the Automotive Industry

SAE realizes the continued need for a neutral forum – where both government agency representatives and automotive industry professionals come together to discuss the changing regulations for safety, emission control, and energy conservation. To that end, SAE will once again host our annual Government/Industry Meeting.

Our 2021 event will arrive to your home or office computer as an online meeting. Even though this event experience will be different, you will still receive the same high-quality content you have come to expect from our in-person events.

Government and regulatory bodies will continue to solicit and analyze crucial industry input and data that will directly affect legislation or regulations for automakers. You’ll still participate in the same essential discussions that will link you directly with your counterparts to help drive automotive advancements, fuel technologies, and examine pending regulations.

What can you expect at the Government/Industry Digital Summit?

Hear government regulatory agencies and the OEM community discuss the latest areas of critical importance to the mobility industry, and gain information on long-term strategies that OEMs are employing to meet the government regulations.

The Government/Industry Meeting organizing committee has worked diligently to ensure all the great technical content that is typically shared at our in-person event is available to you virtually. At your convenience, watch over 150 on-demand presentations focusing on the newest technologies and changing regulations.

The Government/Industry Digital Summit platform is designed to be interactive and easy to use. Network and collaborate with colleagues in the summit lounge with one-on-one conversations, engaged in group chats, as well as convene with speakers/panelists in each individual session.

Before joining the government in 2009, Katie was a member of the environmental group at Sidley Austin in Washington, D.C.  Immediately prior to joining Amazon, Katie chaired the transportation practice group at Morrison Foerster, where she advised clients on emerging technologies in the transportation sector.  Katie received her Bachelor of Arts degree from the University of Illinois (Champaign-Urbana) and her Juris Doctor from the University of Pennsylvania.

Katie currently sits on the Board of Directors for the Environmental Law Institute and is a trustee of MacMurray College in Jacksonville, Illinois.

John Bozzella, a veteran auto industry executive, is president and CEO of the Alliance for Automotive Innovation (Auto Innovators). From 2014 until the establishment of Auto Innovators in January 2020, he served as president and CEO of the Association of Global Automakers, the trade association whose members included the U.S operations of international automobile and light-duty truck manufacturers that sold products in the United States.

At Chrysler, John worked closely with the federal government and other automakers on a substantial advanced technology vehicle loan program and on the development of new fuel economy standards. In addition, he worked with state governments to gain funding for restructuring, training and development.

From 2005 to 2007, John spent two years with DaimlerChrysler Corporation as Vice President of External Affairs and Public Policy for the Americas. John was with Ford Motor Company from 1994 to 2005 in positions in public policy, and government and community relations, and labor relations.

Prior to joining the automotive industry, John served as New York City's director of state legislative affairs under Mayor David N. Dinkins. He began his career in public policy as the Director of Legislative and Political Action for the United Federation of Teachers. John is a graduate of Cornell University. 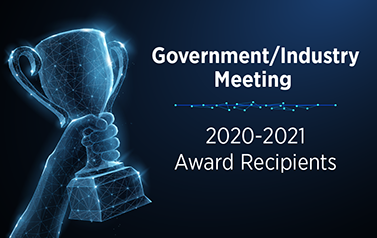 SAE International honors the exceptional accomplishments of our professionals, innovators, leaders, industry trendsetters, educators, students and volunteers. Your contributions to the organization and the industry are truly appreciated. In lieu of being able to honor you in person this year at the Government/Industry Digital Summit we are pleased to highlight your recognition in this awards publication. We offer you our sincere congratulations and appreciation for your hard work and tremendous achievements!

I Want to Learn About Attending Government/Industry Digital Summit

Don’t miss important updates about G/I and everything SAE International has to offer about the future of mobility. Just complete this short form. Interested in exhibiting or sponsoring? Visit the exhibitor/sponsor page for more information.