Collaboration Breeds Innovation: A Peak Behind the Standards Curtain with the Minds Behind SAE J1772

SAE International is built around a simple yet powerful idea: mobility works better when industry works together.

And when we do that, we can make a better world for everyone.

This concept shows through powerfully as standards committees work on creating documents and processes that prioritize interoperability and ensure that no matter where in the world you are, you can rely on transportation technology to function properly and keep you safe. 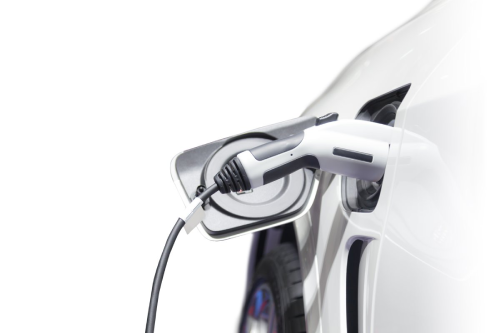 There is perhaps no better example of this concept than the Hybrid-Electric Vehicle (EV) Committee and their work on SAE J1772: Electric Vehicle and Plug in Hybrid Elective Vehicle Conductive Charge Coupler. Initially introduced more than 20 years ago, J1772 was crucial in establishing uniform electric vehicle charging, and has evolved as technology progresses, thanks in no small part to the dedicated industry professionals serving on the committee, representing major OEMs from across the globe.

“J1772 is the most widely used and accepted charge standard in North America for electric vehicles. It has been extensively tested and was developed in coordination with the International Organization for Standardization (ISO) and the International Electrotechnical Commission (IEC), and hence, the core of J1772 is fully harmonized with other international EV charging standards published by these organizations,” said Jim Tarchinski, current SAE Hybrid-EV Committee Chair.

“J1772 covers the all-important interface between the electric vehicle and the off-vehicle charging equipment (known as electric vehicle supply equipment or EVSE),” he added. “SAE also publishes many additional documents to define other aspects of the charge process, such as communication between the EV and EVSE. Collectively, this suite of SAE documents along with standards from the international community define what is commonly called CCS, or the Combined Charging System. CCS is well on its way to becoming the main, global charging standard for electric vehicles.”

As Tarchinski describes it, J1772 provides a number of public benefits, including cross-industry interoperability, reduced costs as design, build, and testing are eased for OEMs, and the ability to evolve over time as an effective means of “future proofing” the technology.

“Interoperability is the Key”

From the beginning, they had an important challenge at hand.

While every SAE standard committee seeks to set some technical bar for the entire industry, the J1772 team was especially cognizant of the importance of charging interoperability for the fledgling electric vehicle industry.

“Standards are important, especially if the industry fully embraces and adopts them. The J1772 standards specifies many technical parameters, such as geometry, safety, electrical, mechanical, and communications that allow for interoperability,” Kosowski said. “With any standard, interoperability is the key. Interoperability is important so that any vehicle can charge at any charge station without hesitation or difficulty. Making systems interoperable improves society and the public good. Standards provide more attainable systems at less societal costs and less societal aggravation.”

“A key feature of standards for products is that it allows for interchangeability of hardware,” he said. “As opposed to a proprietary system, where only one vendor offers product, systems based on a standards approach allow consumers to shop on price and features across manufacturers.”

Establishing the Interoperability Task Force was a crucial step in the process, and the group has stayed busy. Scholer shared that typically a task force has one or two documents of focus, but this one has 20 published standards to mind, ranging from smart charging, DC charging V2X, diagnostics, customer to vehicle, wireless charging, interoperability, charge rate reporting, security, and an overall summary document. There are also ongoing considerations for J1772 as standards serve as living documents that update as technology progresses.

“Standards are an ongoing effort, and we are adding items now that no one planned a few years ago, so this will continue to evolve and provide EV customers with continued features and a common approach for all to follow,” Scholer said. “People always ask, ‘When will the standards be done?’ and my reply is ‘Never.’”

So, what does that mean for J1772’s future? Halliwell shared a preview of what’s to come.

“[What’s next for] the document [is] an update related to exporting power from vehicles using the charging port,” he said. “There is also continuing work to further harmonize J1772 with pertinent IEC standards.”