In partnership with the International Organization for Standardization (ISO), the latest version of SAE J3016 is now available for FREE with more clear and concise terminology as well as clarity for an international audience. Through the joint SAE/ISO joint working group, representatives from nine countries collaborated on the updates to create a document that is more consistent for use across the global mobility community.

What’s New?
The new document adds several new terms along with substantial refinement and clarification of some concepts that have been misunderstood by readers of the previous version and restructures the definitions into more logical groupings. Notable changes to this version of the recommended practice include:

Updated SAE J3016 Visual Chart
To coincide with the latest updates to the recommended practice, the SAE J3016 Levels of Driving Automation graphic has been updated to include new trademark guidance. All taxonomy content from the 2019 version remains unchanged in this latest version.

The new version of the graphic is available here. 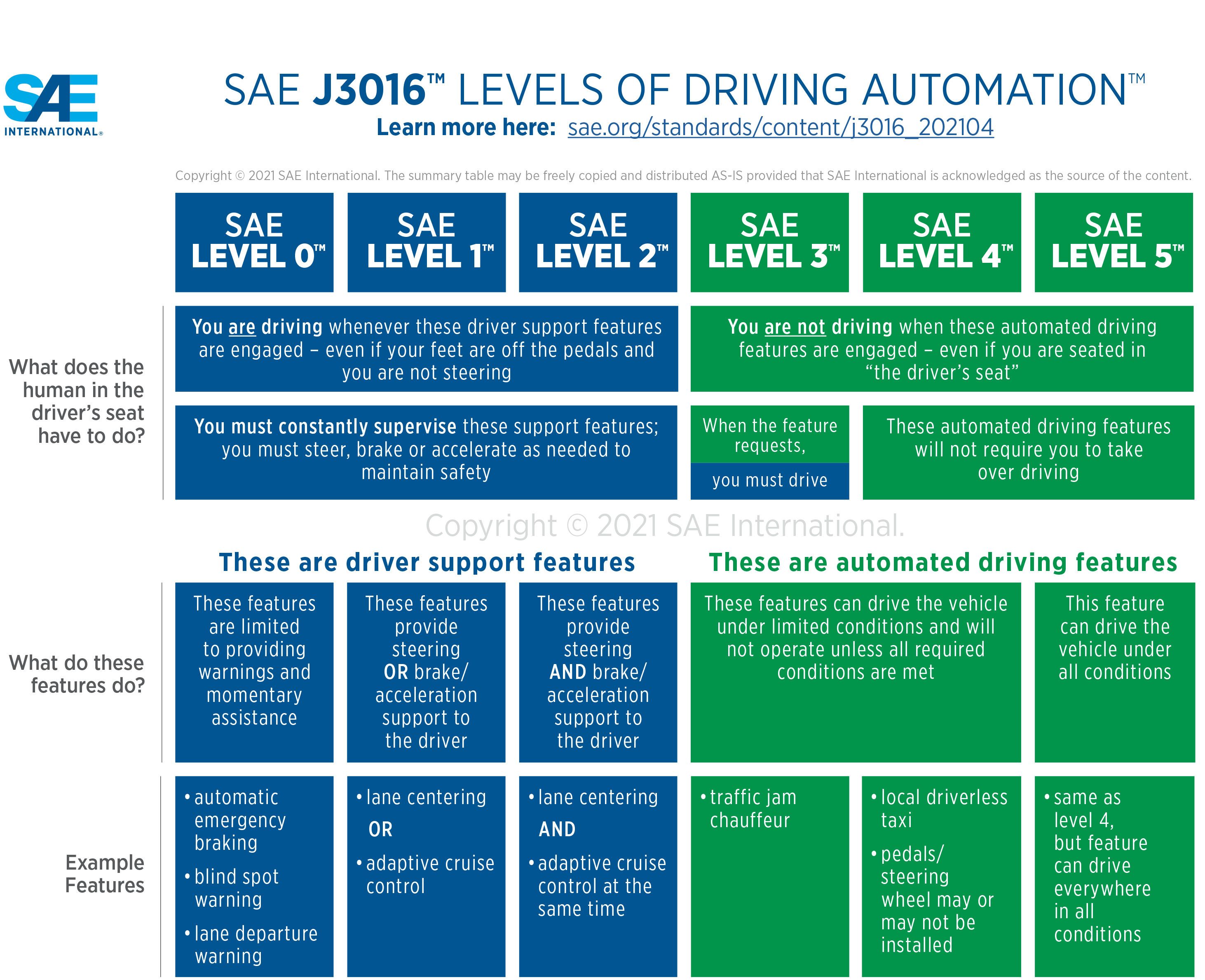