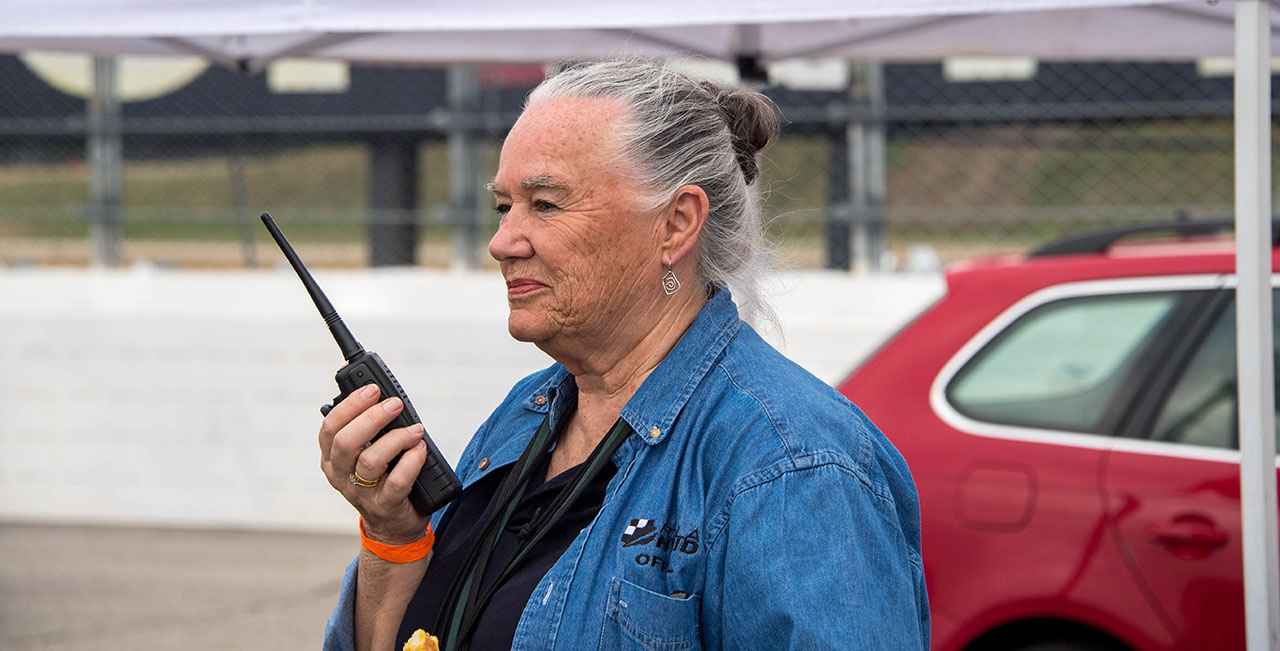 Passion and Dedication: Celebrating the Life and Impact of Suzanne Royce

Suzanne Royce may not have had the title, but she always thought like an engineer.

Through her grit, tenacity, and love of motorsports, Suzanne served as a trailblazer for women in a traditionally male-dominated field, becoming the Chief Scrutineer at the Formula One US Grand Prix in 1986 as the first woman to be given an FIA International Chief Scrutineer License.

She found her way into the sport after meeting her husband, Michael, in her native United Kingdom. Together with their young daughter, they immigrated to the United States in 1970, where Michael began a job with the Chrysler Corporation, now Stellantis. Soon after the move, Suzanne became involved with the Detroit Region Sports Car Club of America and began scrutineering at regional and divisional races, a role in which she provided rigorous oversight to ensure cars complied with technical and safety rules for the sport.

Suzanne and Michael’s passion for motorsports became a family affair when their children began volunteering at various motorsports events with them.

“We worked the local races in Southeast Michigan for many, many years and as Michele and Kevin got older it was just a thing we did as a family,” said Michael. “The children got their National Timing and Scoring Licenses because as youngsters they couldn’t do many of the things that are required as a volunteer of a race, but timing and scoring became a natural thing for the children to do.” 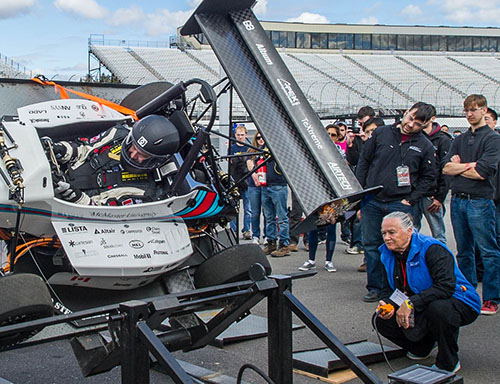 This involvement sparked both Michele and Kevin’s interest in becoming engineers. Michele, who currently serves as the Dean of the College of Engineering and Applied Sciences at the University of Albany, believes that her mother would’ve been an engineer if she was born a different time, and noted that her mother was a constant supporter of her decision to pursue it as a career.

Suzanne was not only an inspiration to her children, and husband, but to the entire sport. When she made history in 1986 as the first ever woman to be granted a FIA International Chief Scrutineer License in the world, her legacy further solidified.

“Suzanne was the first woman to do this,” said Tim Mayer, FIA Steward, and friend of Suzanne. “There’s always going to be a first, but that became irrelevant because she led by example and did the job immaculately for 30+ years until she retired in 2021. This was a huge testament to the sport that is primarily dominated by men. And she was one of the best to ever do it.”

In addition to her work with Formula One and other professional international competitions, Suzanne was a huge supporter of Formula SAE. Together with her husband and long-time SAE member Michael, the pair became familiar faces at Formula SAE events, officiating at 80 competitions around the world. 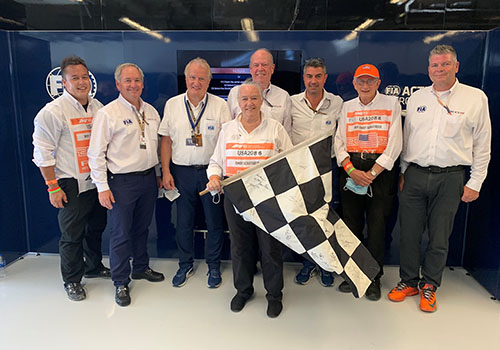 Suzanne shared her experience and expertise with student teams as a co-author of Learn & Compete: A Primer for Formula SAE, Formula Student and Formula Hybrid Teams along with her husband and a dozen other volunteers with Formula SAE. The book—written pro-bono for the benefit of the students—provides an overview of a Formula SAE event, tips and tricks on how to prepare, and insight on different aspects of the competition.

Changing young lives was particularly meaningful to the Royces, and a driving factor of much of the joy Suzanne experienced in the later part of her life.

“Here we were in the twilight of our lives, what we wanted to do was spend time passing on knowledge and guidance to the younger generation,” Michael said. “We were able to pass on some of our accumulated knowledge and expertise that we had picked up over the years to young engineers.”

Though she had recently retired from active involvement with motorsport shortly before her passing, the loss of Suzanne was felt throughout the community, demonstrated during a celebration of life hosted by her family where many came out to honor Suzanne.