SAE Engineering Academies provide comprehensive and immersive training experiences, helping new and re-assigned engineers become proficient and productive in a short period of time. The Hybrid and Electric Vehicle Engineering Academy covers hybrid and electric vehicle engineering concepts, theory, and applications relevant to HEV, PHEV, EREV, and BEV for the passenger car industry. While the theory and concepts readily apply to the commercial vehicle industry as well, the examples and applications used will apply primarily to the passenger car industry.

Upon completion of the academy, participants will be able to:

Individuals who already have a basic understanding of hybrid and/or electric vehicles who are seeking to increase their knowledge and understanding of hybrid vehicle system applications, including mechanical and electrical application engineers, design engineers, project managers, and other individuals who are working with or transitioning to hybrid-electric powertrain development, will find this academy particularly helpful.

An engineering degree is highly recommended, but not required. This Academy does not cover basic electrical concepts and assumes that the attendee already understands such concepts (voltage, current, resistance, capacitance, inductance, etc.) In order to understand concepts discussed, all participants are required to have driven an HEV prior to attending the academy.

Please be advised that this course may involve one or more of the following: driving and/or riding in a vehicle; participating in a vehicle demonstration; and/or taking part in an offsite tour using outside transportation. You will be required to sign a waiver on-site and produce a valid driver's license from your state/country of residence

Attendees are asked to bring a calculator for in-class exercises.

Saeed Siavoshani
Dr. Siavoshani is a technical specialist in the area of hybridization and electrification in Siemens Company. He is also an adjunct professor at Wayne State University where he teaches several comprehensive electric vehicle courses. In addition he serves as the hybrid academy lead instructor & the Chief Industry Advisor for SAE Professional Development Seminars and Academies. Since 1998, he has worked for the Dow Chemical Company, General Motors Corporation and Ford Motor Company. During his career, he has been instrumental in the development of new technologies in the area of ANVCT, powertrain & vehicle light weight technology & BIW structural integrity. He has also developed Acoustomize, a unique method of analyzing and offering solutions to automotive noise problems. Dr. Siavoshani has helped to build & implement a balance among vehicle attributes such as NVH, thermal management and vehicle energy consumption. He has also led the development of different battery packs in the XEVs vehicle applications. He has been granted several patents and was presented the SAE Forest R. McFarland Award for distinction in professional development and education. Dr. Siavoshani has a Ph.D. in Mechanical Engineering.

Davide Andrea
Davide Andrea is an expert in Li-ion battery technology. He is the author of the book, "Battery Management Systems for Large Lithium-Ion Battery Packs" and the soon to be published book, "Li-ion Batteries and Applications". He is a forensic expert in Li-ion battery incidents, and an expert witness in matters of Li-ion technology. Davide has 40 years of experience in electronics design, and has been in the Li-Ion battery management system field for more than 15 years. He founded Elithion with the goal of making his Lithium Ion Battery Management System technology available to an industry searching for Li-Ion BMS solutions. Davide holds a BS is Electrical Engineering and Computer Science from the University of Colorado. 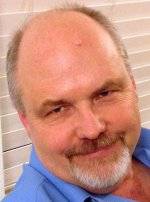 Rich Byczek
Rich Byczek is the Technical Lead for Electric Vehicle and Energy Storage at Intertek where he is responsible for the technical development of Intertek's EV and Battery testing labs across North America, Europe and Asia. For the past 5 years, Mr. Byczek was the Operations Manager of the Livonia site, directly responsible for all battery performance, safety and transportation testing, as well as reliability and certification testing of Electric Vehicle charging stations and support electronics. Mr. Byczek has significant experience in product validation, EMC testing, and automotive product development. He sits on several performance and safety standards committees related to batteries and electric vehicle systems. Mr. Byczek has a B.S.in Electrical Engineering from Lawrence Technological University.

Gene Liao
Dr. Gene Liao is currently Professor and Director of Electric Transportation Technology Program at Wayne State University, where he also manages the Electric Propulsion Integration Laboratory. Dr. Liao is experienced in the areas of hybrid drivetrains and automotive manufacturing. Prior to Wayne State, he worked as a practicing engineer for over fifteen years with General Motors and Ford Motor Company. Dr. Liao has research and teaching interests in the areas of electric-drive vehicle simulation and development, vehicle dynamics, and automotive components design and manufacturing. He has published more than 100 journal and conference papers, and two book chapters in these areas. He is the PI and co-PI for several federal and state funded projects in electric-drive vehicle and advanced energy storage systems, and has developed and offered several professional development programs in vehicle electrification and advanced energy storage for industry. Dr. Liao has been invited to serve as a proposal reviewer for the US National Science Foundation, and the Natural Sciences and Engineering Research Council of Canada. He also serves on the advisory council for the Michigan Academy for Green Mobility Alliance (MAGMA). He holds a Doctor of Engineering in Manufacturing Engineering from the University of Michigan-Ann Arbor, Mechanical Engineer from Columbia University, M.S. from the University of Texas at Arlington, and B.S. from National Central University (Taiwan), both in Mechanical Engineering.

Manoj R. Shah
Manoj R. Shah, works as a consultant and is a professor in Electrical, Computer and Systems Engineering Department of Rensselaer Polytechnic Institute, Troy, NY.
He is a Life Fellow of IEEE, received his B.Tech. (Honors) from Indian Institute of Technology, Kharagpur, India. He received MS and Ph.D. from Virginia Tech. He retired in May 2016 as a Principle Engineer from GE's Global Research Center after almost 34 years with GE! He spent his career working on electrical devices with the main focus on electric machines. He has ~70 US and many foreign patents with several pending. He has also authored/co-authored over 45 technical papers; some of them have been prize papers. He has given many invited talks internationally. He has been active in the Electric Machines area for IEEE in various capacities and is a past chair of our Schenectady section. He received the 2015 IEEE Gerald Kliman award, the 2012 GE-GRC Coolidge Fellowship award, the 2012 IEEE Nikola Tesla award and the 1991 GE-Power's Most Outstanding Technical Contribution Award.

Robert Spotnitz
Robert Spotnitz leads Battery Design LLC, a company that provides consulting and software for battery developers and users. He founded Battery Design in 1999 and developed Battery Design StudioÂ®, a virtual environment for battery design and simulation (see www.batdesign.com). Over the last decade he participated in the start-up of two battery developers: American Lithium Energy Corp. and Enovix. Prior to that, he was Director of Advanced Product Development at PolyStor Corp. where he led efforts to develop large lithium-ion batteries for hybrid electric vehicles. Before that he was a Staff Engineer for Hoechst's Celgard Division where he built from the ground-up the Battery Applications Development Center and helped commercialize the tri-layer battery separator and also worked at the R&D center of W.R. Grace & Co where he co-invented multi-layer battery separators, as well as a number of electrochemical processes. Dr. Spotnitz provides tutorials on batteries for the Advanced Automotive Battery Conference, the Battery Power conferences, the EIS Short Course, as well for the Electrochemical Society. He has18 patents and 34 publications (including 3 book chapters). He is a member of the International Society of Electrochemistry and the Electrochemical Society. He has a B.S. in Chemical Engineering from Arizona State University, a M.S. in Computer Science from Johns Hopkins, and a Ph.D. in Chemical Engineering from the Univ. WI-Madison.

3.8 CEUs
You must complete all course contact hours and successfully pass the learning assessment to obtain CEUs.

If paying by a credit card, click the Register button above. If paying by any other method or for general inquiries, please contact SAE Customer Service 1-877-606-7323 (724-776-4970 outside the U.S. and Canada) or at CustomerService@sae.org.