In this joint AIAA / SAE course, participants will learn about Electro-chemical Energy Systems (EES), with an emphasis on electrified aircraft propulsion and power applications. The course will present the fundamentals in chemistry, materials science, electrical, and mechanical engineering for various EESs including high voltage battery systems (Li-ion and beyond) and fuel cells (PEM, solid oxide fuel cells, and others). The challenges of each EES option will be examined as it applies to aircraft electrification, including:

Registration Info:
For Non-members paying by credit card, you can register directly on the Registration Tab.

This course is intended for technology and management professionals, students, and policymakers who want to understand EES technology fundamentals as well as their unique design and safety considerations and limitation in the context of electrified aircraft propulsion and power.

You must complete all course contact hours and successfully pass the learning assessment to obtain CEUs. 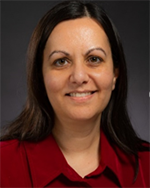 Ms. Natesa MacRae is a senior researcher at the National Research Council of Canada (NRC). She has worked as a systems engineer for over 20 years in a variety of industries, including terrestrial / space robotics and aviation, from mission systems design through to acceptance testing. She later joined the NRC’s Aerospace Research Center (ARC) as a Control Systems Engineer and has been responsible for the industrial controls for many of the NRC Gas Turbine Laboratory’s premiere combustion and engine performance, operability, icing, and altitude test facilities. She received her Bachelor of Chemical Engineering degree at McGill University (1998) and while working full time, received her Master of Engineering (2004) from the University of Toronto Institute for Aerospace Studies.

Ms. MacRae is presently a member of NRC Low Carbon Technologies group, and is focused on hybrid-electric propulsion aircraft and energy systems de-carbonisation research, including system level modeling, simulation, systems integration, and testing for stationary and aviation battery and fuel cell system applications. Ms. MacRae has also led multiple clean aviation infrastructure development projects including the systems design and commissioning of a large scale Hydrogen Supply Facility and the electrical upgrade of an engine test cell for battery electric powertrain testing. She is the chair of the NRC’s Sustainable Aviation Working Group, a member of the NRC’s Hybrid Electric Aircraft Testbed ground test team, and is an active member of the AIAA Electrified Aircraft Technologies Technical Committee. 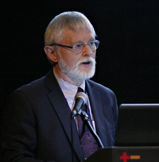 Erik J. Spek is an advisor and seminar leader for battery and cell manufacturers, vehicle OEMs and utility grid users of energy storage systems. He is also a consultant in the field of energy storage systems focusing on applications, verification testing, cell and battery production facilities safety and sodium ion battery development. His industrial work has been with GE, Black and Decker, ABB, Magna International, TUV SUD and ThinkCoulombic Inc. Battery technologies development has included NaS, Zebra, NiMH and Li-Ion. Mr. Spek is co-holder of a patent for next generation sodium metal chloride architecture for low cost and high energy density. He has authored articles on Weibull statistics for battery life and BEV range modeling and has been active in the battery industry since 1984. Mr. Spek is a member of SAE International and is a Certified Manufacturing Engineer with SME. He received an M.A.Sc. from the University of Waterloo and is a registered Professional Engineer in Ontario, Canada.