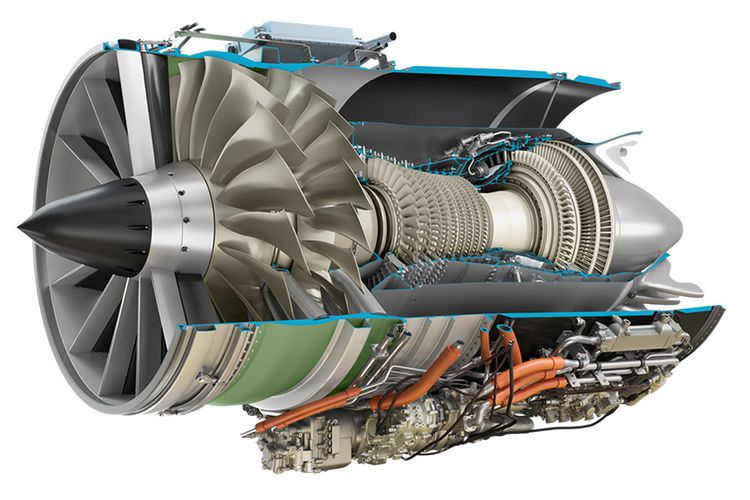 “Our mission is to enhance global mobility with supersonic speed, starting with business aviation, and following with successively faster and larger designs for business and commercial aviation,” says Aerion CEO Tom Vice. “GE Aviation is making this new efficient, sustainable supersonic era possible through its pioneering work on the Affinity engine.”

GE’s Affinity is a new class of medium bypass ratio engines designed to provide balanced performance across supersonic and subsonic flights. Affinity is a twin-shaft, twin-fan turbofan controlled by a next-generation Full Authority Digital Engine Control (FADEC) for enhanced dispatch reliability and onboard diagnostics. It is designed to enable efficient supersonic flight over water and efficient subsonic flight over land, without requiring modifications to existing compliance regulations. The engine is designed to meet stringent Stage 5 subsonic noise requirements and beat current emissions standards. 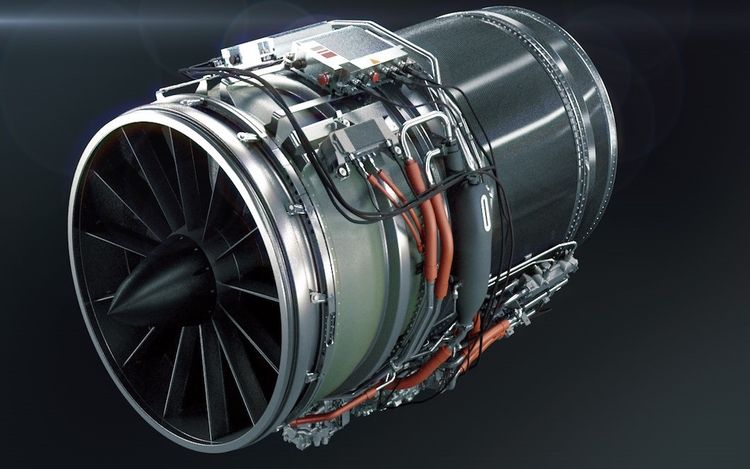 GE’s Affinity features:
• Efficient performance throughout the full flight envelope with a high-altitude service ceiling of 60,000,
• An advanced twin-fan with the highest bypass ratio of any supersonic engine,
• A non-augmented supersonic exhaust system,
• A proven engine core adapted from GE's commercial airline portfolio with billions of hours of operational service,
• A durable combustor with advanced coatings for sustained high-speed operation,
• Advanced acoustic technology designed to meet or exceed regulatory requirements, and
• GE’s additive design and manufacturing technologies to optimize weight and performance.

“In the last 50 years, business aircraft speeds have increased by less than 10 percent,” affirms Brad Mottier, GE vice president and general manager for Business and General Aviation & Integrated Services. “Instead of going faster, cabins have increased in size and become more comfortable -- and range has become longer. With large, comfortable cabin, long range aircraft in the marketplace, the next step is speed… made possible with GE’s Affinity.”

After two years of a preliminary study, GE Aviation and Aerion launched a formal process in May of 2017 to define and evaluate a final engine configuration for the AS2 supersonic business jet. A GE Project team, supported by a dedicated engineering team, continue to work with Aerion in a formal and gated process.

The next design review is targeted 2020, signaling beginning of detailed design and test article production. Aerion is collaborating with GE Aviation, Lockheed Martin, and Honeywell to develop the AS2.

GE Aviation has more than 60 years of experience in designing and building engines adapted for supersonic aircraft. Its first engine to push us into the supersonic era was the J79, which was introduced with Lockheed on their F-104 Starfighter in the mid-1950s.

Read more: "Aerion AS2 supersonic bizjet on track for trans-atlantic crossing in 2023"


GE Aviation, an operating unit of GE (NYSE:GE), is a provider of jet and turboprop engines, components, and integrated systems for commercial, military, business and general aviation aircraft. GE Aviation has a global service network to support these offerings.

Aerion is pioneering a new generation of efficient supersonic aircraft aimed at revolutionizing flight and giving travelers back the most precious commodity of all: time. It entered into collaborative agreements with GE Aviation and Lockheed Martin in 2017. The three companies, joined in 2018 by Honeywell for advanced cockpit systems, are developing the Mach 1.4 AS2 supersonic business jet. This 12-passenger jet will save travelers as much as three hours across the Atlantic and five hours across the Pacific. It is as much as 60 percent faster than today’s civil jets.

The AS2 will redefine the passenger experience, officials say, providing a new level of luxurious, connected, productive, and serene flight at 1,000 mph. Aerion plans to fly the AS2 in 2023, with certification in 2025.

Working on aerospace systems and platforms? Wrestling with challenges? Have aerospace wisdom to share for the greater good of the industry? You're invited to get involved with SAE International -- contact courtney.howard@sae.org to contribute and add your voice to the growing body of knowledge.