“We have to start being thoughtful about how we transition a good portion of advanced training into the synthetic space,” said U.S. Air Force Warfare Center commander, Major General Peter Gersten.

Newer, more capable fifth-generation aircraft platforms and systems are outgrowing even the largest U.S. Air Force training ranges – and the service believes modern simulators and virtual reality may be the answer.

While fighter aircraft used to be able to take off from Nellis and meet in the middle of NTTR to engage each other, modern fighter capabilities like beyond-line-of-sight targeting mean those aircraft can be targeted and engaged the moment they leave the runway, said Gerten during day one of the Air Force Association’s 2019 Air Warfare Symposium.

“We have to start being thoughtful about how we transition a good portion of advanced training into the synthetic space,” said Gersten, suggesting that the best option is to move more training operations into live, virtual training systems.

Read more: Next phase of the USAF Pilot Training Next initiative includes an open call for innovative solutions 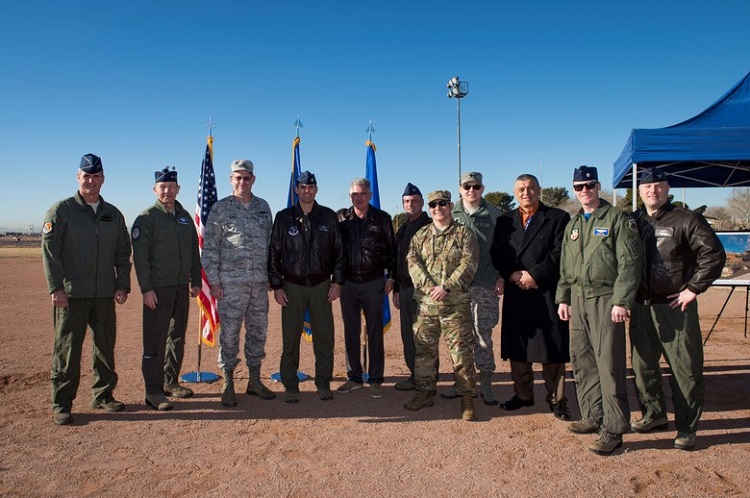 “The Virtual Test and Training Center will provide a crucial capability for today’s warfighters to experience, train and dominate today’s threats, across multiple domains through a combination of live, virtual, and constructive environments,” said Gersten.

The center will give operators from across platforms and domains the capability to plan, brief, execute, and debrief together in one location, with a full complement of fighter aircraft simulators, and a tactical command and control simulator. The simulators will also be able to augment live fly training with mixed virtual/live sorties.

“It’s the first step toward a truly blended solution, in which the simulators can participate in the same scenario as aircraft flying over the Nevada Test and Training Range or in a completely separate scenario somewhere globally,” said Colonel Dean Caldwell, VTTC director.

The $38 million VTTC facility is scheduled to open in the summer of 2021.

Information in this article was first covered by Brian Everstine of Air Force Magazine and Rebekah Mattes, 99th Air Base Wing Public Affairs.

Continue reading »
“We have to start being thoughtful about how we transition a good portion of advanced training into the synthetic space,” said U.S. Air Force Warfare Center commander, Major General Peter Gersten.