Lotus Cars Limited just debuted its latest model – the Evija – and, in doing so, ticked quite a few boxes. It is the company’s first all-electric vehicle (EV) and first hypercar. It’s also the first British all-electric hypercar. And it achieves 1,972 brake horsepower and 1,254 pounds of torque, making it the most powerful series production road car.

The two-seat Evija – pronounced “Ev-eye-ah” and unveiled in London earlier today – comes as a surprise to many in the industry; Lotus is well-known for designing lightweight, driver-oriented sportscars, let alone supercars.

Lotus says the Evija can accelerate from 0 to 62 miles per hour in under three seconds and from 0 to 186 in under nine. These numbers whomp on the latest Italian EV hypercar – Pininfarina S.p.A.’s 1,877-horsepower Battista, unveiled earlier this year – which reaches 186 miles per hour in a little under 12 seconds.

The Evija accomplished this with four 368 kilowatt electric motors developed by Integral Powertrain Ltd. and a 70 kilowatt hour lithium-ion battery from Williams Advanced Engineering Ltd. Apparently, the battery that can be fully charged in under nine minutes with a 800 kilowatt charger (which actually hasn’t been developed yet). With current 350-kilowatt chargers, the Evija can still be charged in 18 minutes.

Although Lotus is leapfrogging industry segments, the company has kept with key design philosophies that have defined its brand: lightweight and driver oriented.

“It is a hypercar that is built for the drivers,” said Phil Popham, Lotus CEO. 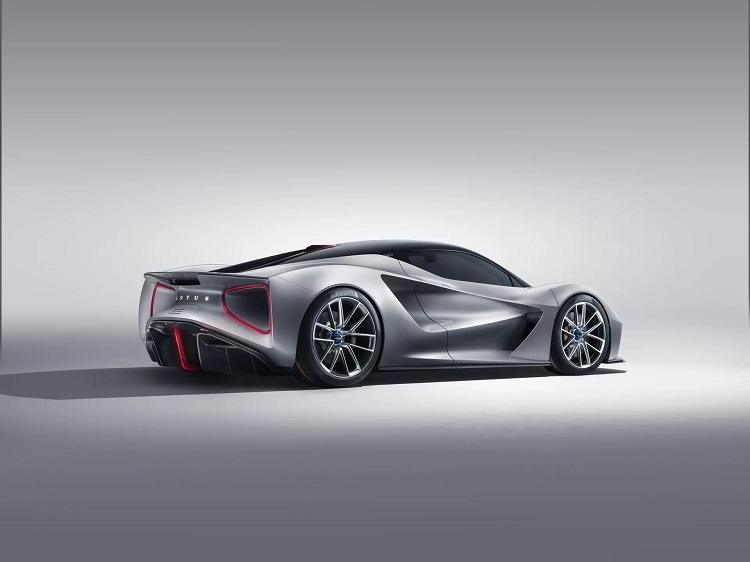 And at nearly 3,700 pounds, the Evija is also the leanest EV hypercar ever built. Magnesium wheels and carbon fiber materials are the contributors to that number.

In addition to the weight, aerodynamic features like the removal of sideview mirrors and the use of integrated cameras in the front wings, tunnels between the rear wheels and body, and – well – let’s just call it “downforce everywhere,” are clear reminders that the design pulls inspiration from Formula racing (with a heavy dose of retro thrown in). 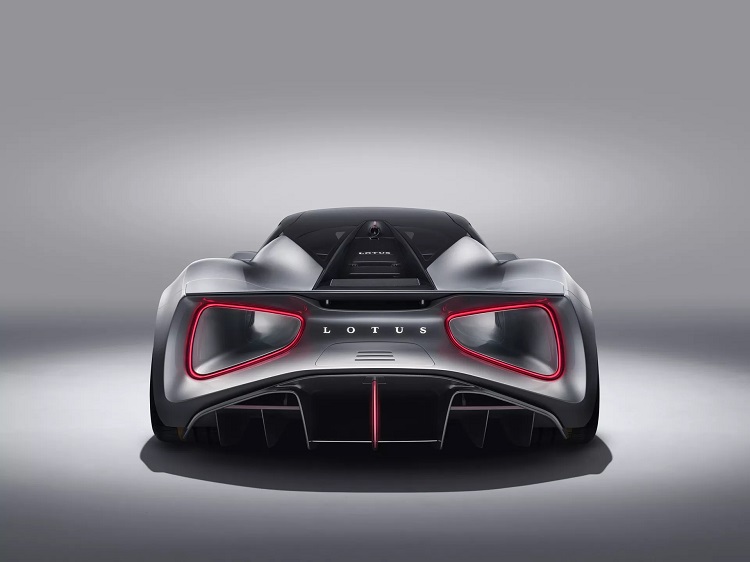 Popham added that the “Evija will re-establish Lotus as a leader in terms of engineering and design.” As the first Lotus model developed since the company’s major shareholder Zhejiang Geely Holding Group Co., Ltd – or just “Geely” – too control in 2017, the vehicle has certainly set the bar high in terms of power and dynamics.

Now under Chinese stewardship, Lotus has stolen the show.

But, with production run of only 130 cars, each priced at $2.1 million dollars, stealing might be your best chance to drive one.