While small electric aircraft like Bye Aerospace eFlyer aircraft may guarantee operating costs under $50 per hour, Sonex Aircraft, LLC is carving out a niche in affordable jet aircraft training. The Oshkosh, Wisconsin-based kit aircraft manufacturer is developing a two-seat variant of its SubSonex JSX-2 personal jet. The SubSonex JSX-2T is designed to be the lowest cost jet trainer ever built and the company hopes that it will lead to further interest in its single-seat JSX-2.

The JSX-2T uses a side-by-side seating configuration for optimum flexibility and an ideal training environment for its crew. With a wingspan of 21.8 feet, the aircraft will have similar wing loading and handling to the single-seat JSX-2 and will utilize the same proven TJ-100 turbojet engine system produced by PBS Aerospace or an optional, more powerful PBS TJ-150.

Sonex Aircraft’s target for the SubSonex JSX-2T is a jet that can be built and flown for under $140,000.

The SubSonex Personal Jet aircraft first began development in 2009 and is currently the worlds most popular affordable kit jet aircraft. The aircraft is a common sight at aerobatic airshows, delivering high top speeds – up to 232 miles per hour – while maintaining easy, low speed handling characteristics, with a stall speed of under 65 miles per hour. 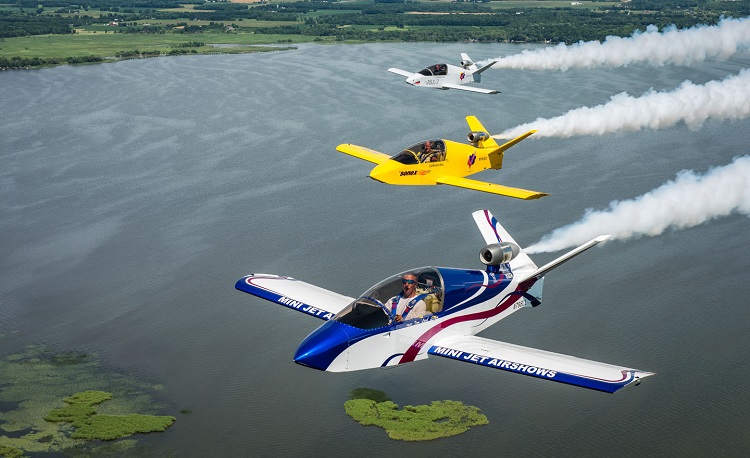