“The reason I became personally involved with SAE was also very practical, in addition to my family connection. The products that BFGoodrich produced were reviewed by SAE periodically to meet required standards, and it was important for me to be involved in the country’s premier standards-setting organization. It helped me try to stay several steps ahead of the competition.”

Looking back on an organization’s history can help to give perspective and chart the path forward. SAE International, initially founded in 1905 as the Society of Automobile Engineers, has played a key role in supporting vehicle development over the course of numerous generations. Portraits of many of SAE’s eminent contributors reside not only at the organization’s headquarters in Warrendale, Pennsylvania, but also history books: Thomas Edison, Henry Ford, Charles Kettering, Glenn Martin, Andrew Riker, Glenn Curtiss, Orville Wright….

Benjamin Franklin Jones III, an SAE committee member and recent centenarian spoke with SAE International and reflected on his career and contributions to the society of mobility engineering at large. His notable experiences include helping to develop the first space suit for the Mercury and Apollo astronauts (apparently the rubber suit material wreaked havoc on a sewing machine borrowed from an engineer’s wife). 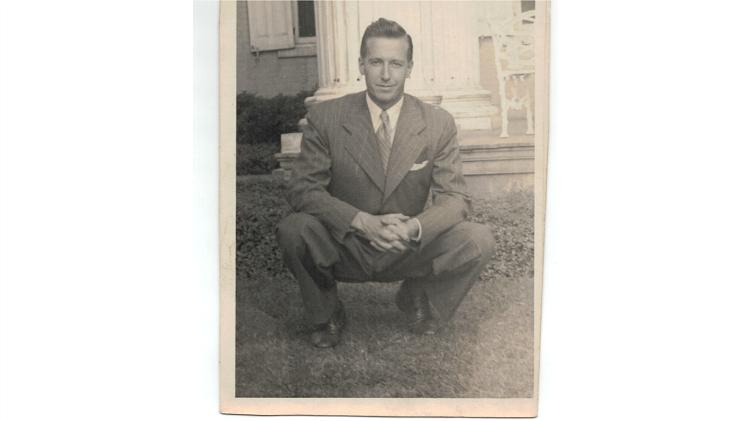 You’ve had a long, illustrious career and lots of interesting experiences, and you’ve seen aerospace technology and standards evolve over several decades. Could you give us some background on your engineering career?

I’ve been very fortunate in my career and life to have the opportunity to meet and work with some fabulous people.

I began my career after graduating from the University of Michigan as a mechanical engineer and draftsman at BFGoodrich headquarters in Akron, Ohio. (At Michigan, Jones was an active member and football team quarterback of the Delta Tau Delta fraternity and an avid tennis, squash, and bridge player.)

I worked for BFGoodrich for 40 years. I was fortunate to work in BFGoodrich’s patent department for two years; I still hold 14 patents in jet aircraft wheels and brakes. I attended law school at night for a year and a half at the nearby University of Akron. Within one year, I won a competitive position in the patent department and would have stayed there if I had not subsequently been recruited to BFGoodrich’s Airplane Equipment Department. I became the assistant manager of the department, which was headed at the time by Wilson Harvey Hunter (who eventually became head of NASA for Western Australia).

Later, I served as vice president of BFGoodrich Aerospace Marketing and moved to Troy, Ohio (near Dayton), where I oversaw the wheels and brakes plant. At that time, the Troy plant employed roughly 2,000 people and was considered a leader in the industry for airplane brake systems. After six years in Troy, I was called back to BFGoodrich’s world headquarters in Akron, where I became vice president of Aerospace Development.

In Akron, my team developed the world’s first space suit. With the invention of the space suit, BFGoodrich won the Mercury and Apollo contracts, and I met all of the astronauts, including John Glenn, who with my brother-in-law,Glenn C. Whipkey, formed Muskingum’s football backfield before the war. I also got to meet notables like Werner Von Braun, Eddie Rickenbacker, Charles Lindbergh, and Jimmy Doolittle.

Eventually in the early ’70s, I became vice president of BFGoodrich tire business. Aerospace was one of the main profitable divisions at that time, so they combined it with Tires to attempt to reenergize and bootstrap the passenger tire business. In that role, I eventually got to work on five-year plans for the entire company for then-president John Ong – a task which now may be handled by MBA graduates (with arguably less operational and marketing experience in the business overall).

I was fortunate to retire from BFGoodrich after 40 great years in 1981 and lived in Pinehurst, North Carolina, for 29 years.

Could you please share some of your favorite aerospace projects, experiences, achievements, or anecdotes?

Two stories come to mind, both occurred during World War II when I was testing de-icers for U.S. bombers. I tried to enlist in the Navy on two occasions, but BFGoodrich would not release me, saying I was needed in research for the war effort.

For icing research, we used the Cold Regions Laboratory on top of Mount Washington in New Hampshire – one of the coldest places in the country at 50 degrees below zero or lower at night. The first time we ascended the mountain in a Sno-Cat, we only made it three of the eight miles before a blizzard stopped our vehicle in the rough terrain.

We continued on foot. Only two of my colleagues and I made it to the station at the top of the mountain – five others in our party had to turn back. When we opened the door at the station, the men inside were playing pool and ping-pong and had just finished a steak dinner! We then turned around and went back down the mountain by nightfall.

Another site where we tested de-icers was in Minneapolis, where we flew around in a two-engine bomber looking for snow clouds to penetrate. I had to sit in the cramped nose gunner seat to watch the wings – and the de-icers – as they started to ice up. That was an interesting experience and fairly cold at times, but nothing compared to what our brave aviators had to endure on their long and dangerous bombing runs over Germany.

Your team experienced a fatality during testing of jet brake pads. How did that affect you, your passion, and your dedication to the role of standards and quality in aerospace?

In the early days, we often tested brakes in the lab and then on the landing strip. The event really did not change my outlook, but I always wished I had been there to help my injured employee and perhaps to even prevent his death from loss of blood on the tarmac from flying shrapnel when the jet brakes exploded due to the intense heat.

Why did you choose to participate with SAE International? How did you volunteer your time, effort, and expertise?

My father, Benjamin Franklin Jones II (“Frank Jones”) was a senior engineer with Pierce-Arrow, then chief engineer with White Motor in Ardmore, Pennsylvania. He was the last employee “out the door” at Pierce-Arrow (when the company went out of business in 1938) and then, while at White Motor, he served the military in the early 1930’s through the end of World War II as White’s ‘manager of federal programs.’ For example, he was instrumental in inventing the front roller for the White Motor A-10 Halftrack. After his work, the design of the front bumper ensured that when the Halftrack drove into a ditch, it would not stick there (as it did before his design change), but would stay moving and come up on the other side intact. In the 1950s, Dad was a committee chair for SAE’s Truck Committee when I was chair of the Aerospace Committee. I think might be fairly rare for a father and son at the same time. 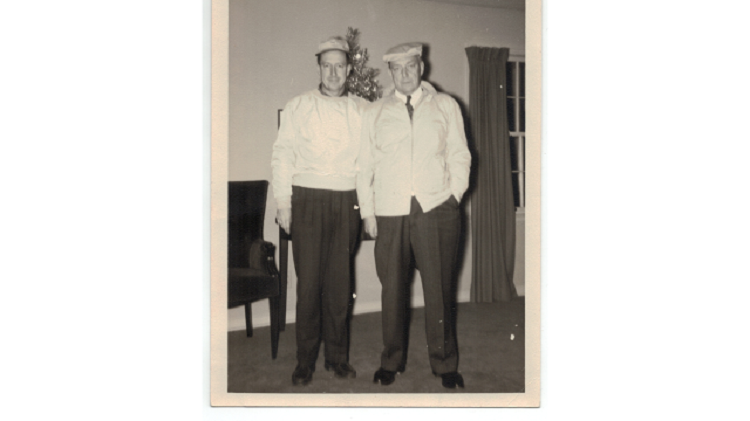 We have several pictures of Dad meeting periodically with several military officers and engineers during WWII to improve our country’s products for combat.

The reason I became personally involved with SAE was also very practical, in addition to my family connection. The products that BFGoodrich produced were reviewed by SAE periodically to meet required standards, and it was important for me to be involved in the country’s premier standards-setting organization. It helped me try to stay several steps ahead of the competition, which consisted at that time of companies like Bendix, Goodyear, Firestone, General Tire, and many other suppliers.

Interested in participating in an aerospace committee meeting or learning more about standards development?

Would you please describe your role related to SAE aerospace standards? I understand you were integral to landing gear standards and their evolution, and the SAE A-5 committee – are there standards or achievements of which you’re particularly proud of?

There are four main achievements that I am especially proud of that my team worked on:  multidisc airplane brakes, for which I have 14 patents with BFGoodrich; pneumatic and electronic de-icer systems, which I worked on almost exclusively during WWII; jet aircraft escape systems, the prototype of which we sold to Boeing who manufactured them (they are the slides that commercial planes use now during emergency landings); and puncture-proof pneumatic tires and bulletproof fuel tanks (during WWII) made of reconstituted rubber. 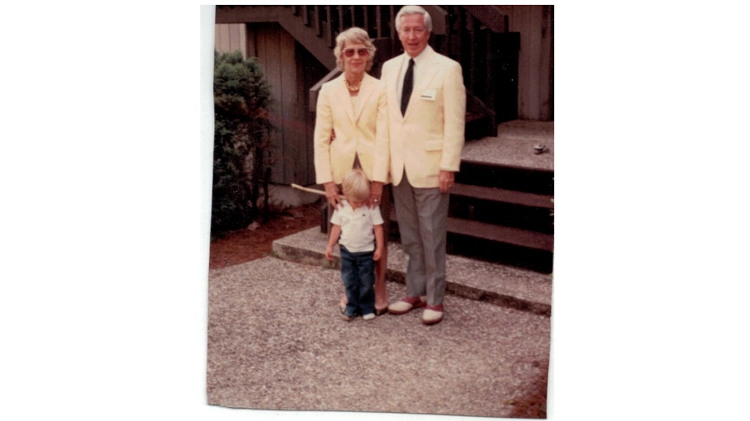 Has your involvement on SAE standards committees been rewarding? Would you recommend peers get involved?

Emphatically, yes! I would think that similarly-situated aerospace and automotive experts would want to be fully involved with the fine array of SAE opportunities and subject-matter experts.

What are your thoughts on the aerospace market today?

What is currently going on today is very, very exciting – but I would like to see our country resume its leadership role in aerospace as truly the best and the brightest. When it comes to things like flying cars (urban air mobility, or UAM), it’s something I’ve always wanted to see developed. But these things increase the need for and importance of reasonable standards for safety, security, and our national interest.

Is there anyone you would have liked to have met or worked with?

I would have very much liked to have worked alongside Werner Von Braun of NASA – who I was fortunate to meet with several times – as I have a high regard for his expertise and knowledge. He was a real pioneer in space efforts.

What advice or words of wisdom would you offer aerospace professionals and engineers, both newcomers and those who are more experienced?

I am truly grateful for the organization’s interest in my career, and what SAE has meant to me and my family during my life and my business experience. If I had to give advice, it would be to stay involved and active with SAE and pursue as many opportunities that it offers, as time permits, including research, writing, and networking with other knowledgeable colleagues. 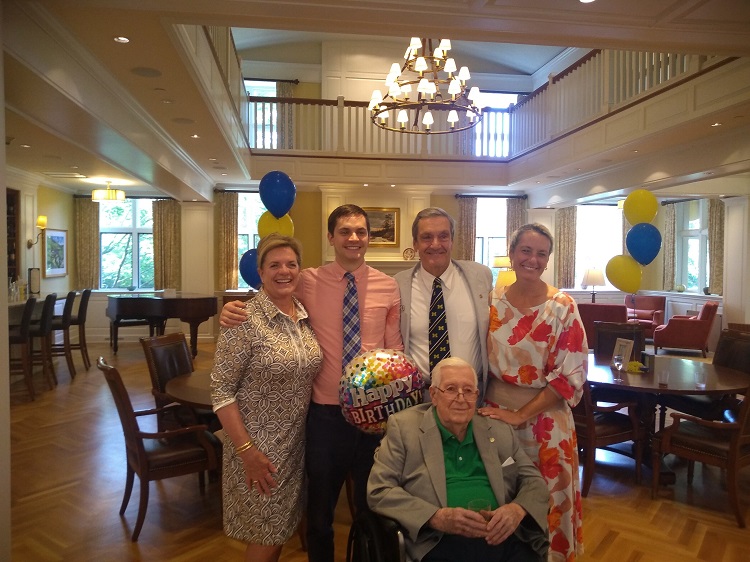 SAE International sincerely thanks Benjamin Franklin Jones III for his lifelong involvement with the organization, his commitment to mobility engineering, and his family’s contributions to the automotive and aerospace industries. Ben was recently presented with a certificate of appreciation in recognition of his outstanding and enduring service, dedication, and leadership in the SAE International Wheel and Brake Committee.

SAE International is grateful to Ben – for his willingness to share his time and insights in this interview and throughout his career – and to his son Robert – for interviewing Ben and helping to document his career.

SAE International offers a multitude of ways to get involved for career advancement, network expansion, and inspiring engineering opportunities. Get involved and help shape the mobility industry of tomorrow. Consider volunteering with SAE International, becoming an SAE Member, or participating in a standards development committee.

Continue reading »
“The reason I became personally involved with SAE was also very practical, in addition to my family connection. The products that BFGoodrich produced were reviewed by SAE periodically to meet required standards, and it was important for me to be involved in the country’s premier standards-setting organization. It helped me try to stay several steps ahead of the competition.”