Initially three maintainers in the squadron were trained and certified with Stratasys F900 industrial-sized 3D printer which prints parts up to 36-by-24-by-36 inches in Ultem 9085 thermoplastic – a material ideal for aerospace applications based on its flexibility, density, strength, weight, and flame retardant properties. The printer itself is certified by the Federal Aviation Administration and the Air Force Advanced Technology and Training Center and prints from an online database of parts developed by the University of Dayton Research Institute. 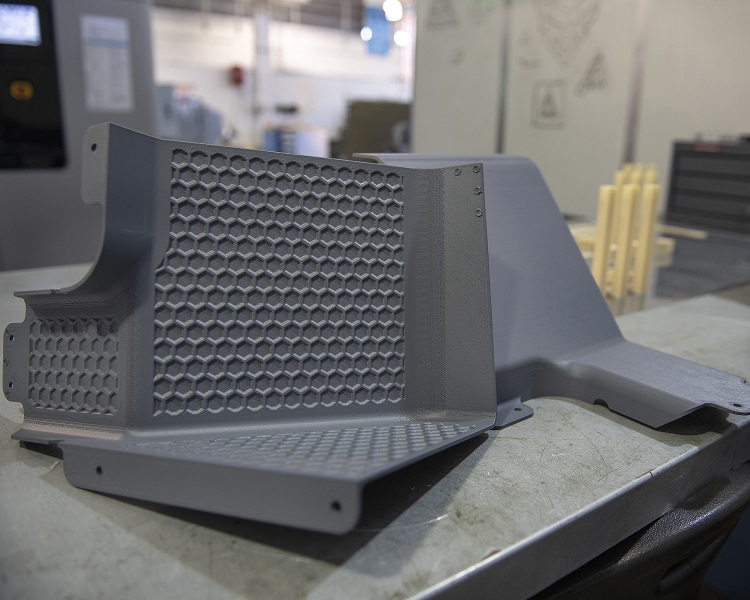 “The Joint Engineering Data Management Information Control System is where we go to download already approved blueprints,” says Master Sergeant John Higgs, 60th MXS aircraft metals technology section chief. “Now, the University of Dayton Research Institute is working with the engineers to get those parts they developed into JEDMICS.” 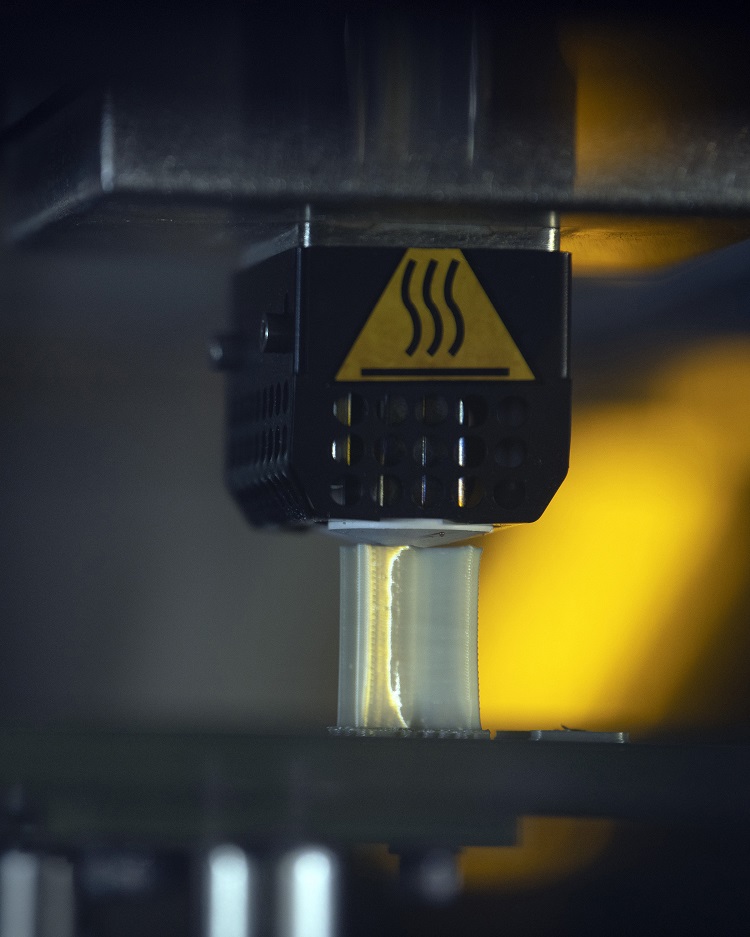 “It brings us a capability that we’ve never had before,” continues Higgs, referring to the opportunities to create needed parts while saving time and money. “There’s so many possibilities available to us right now. We’re just scratching the surface.”

While latrine covers may not seem like vital, mission critical components, its because they’re not. And typically, these types of parts don’t have as high as a priority for replacement.

While the turnaround time for additively manufactured components might have shortened, establishing the capability was a lengthy process which included eight months of system setup including facility prep, installation, and certification.

“UDRI has not trained or certified anyone else at the field level except the three of us here at Travis Air Force Base,” says Technical Sergeant Rogelio Lopez, 60th MXS assistant aircraft metals technology section chief, one of the three certified maintainers. “Now that we’re signed off on our training records, we’re the only ones who can operate, maintain and print on the Stratasys F900.” 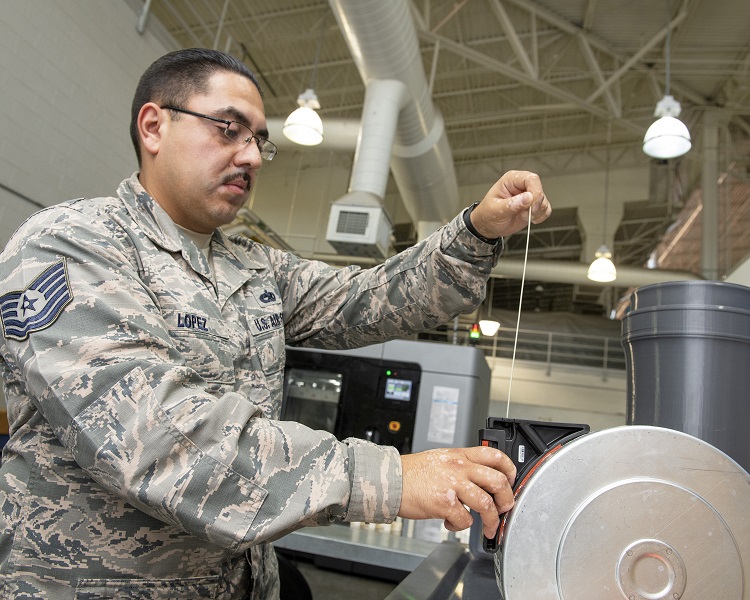 Now with parts in production, there’s a new sense of urgency within the organization and requests from outside the organization are already coming in. But ultimately, the maintenance shop wants to use the printer for more than just aircraft parts.

“We already have a list from the Air Force level to help them print and to backfill some supplies. This will ensure other bases can replace items sooner than expected with our help,” says Higgs, “We have the capability to print parts on a production scale for a lot more customers. The overall goal is to generate products for every organization to support whatever needs they may have.”