The new patent system could provide a cost-effective way to secure commercial protection across the EU.”

To engineers who are developing autonomous vehicle (AV) technologies, the legal landscape around innovation can look increasingly complex. And the patent path may seem daunting. But  advances to simplify the process are on the way, beginning with the introduction of a European unitary patent system that “promises to considerably simplify the current patent system,” says Stuart Latham (below), partner and patent attorney at Withers & Rogers, one of Europe’s largest firms specializing in intellectual property.

Under the new system, businesses will be able to apply for a single unitary patent spanning all EU member states that opt to introduce the new system without the need to validate the patent at jurisdictional level. 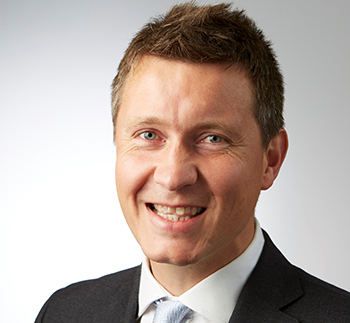 Latham said this “could provide a cost-effective way to secure commercial protection across the EU, allowing time for markets and regulatory environments to continue to evolve.”

This would be a boon for AV innovators, he explained. Under the current system, once a European patent is granted, the patent owner normally validates it in only a small number of EU countries. By contrast, with a new unitary patent, innovators will have “the potential in time to cover 26 of the 27 EU member states for a similar cost,” Latham explained. The coverage provided in these ‘bonus’ countries could, he believes, “deliver unexpected benefits to some companies, particularly if there is uncertainty about where market opportunities could arise in the future due to the evolving regulatory and technological landscape.”

A web of legality
In parallel with the patent-law developments comes new legislation covering many aspects of driverless vehicles. While internationally recognized SAE Levels of Automated Driving define agreed standards, there remains a complex web of legality around associated testing requirements. Often these vary by country.

With its 2018 paper, Communication on Automated Mobility, the European Commission announced a spend of up to 450 million euros to support digitalization and increased use of automation. The paper included proposals to revise minimum standards for motor vehicle safety, to update the rules on road infrastructure safety management, and to introduce new rules on the sharing of vehicle data. EU Regulation 2018/858, scheduled to become law in September 2020, introduces a new Type Approval regime and increases checks for cars already on the EU market, Latham said.

While these efforts generally have been well received, some auto industry lobbyists are “unhappy” with the slow pace of regulatory progress at the UN Economic Commission for Europe. But to support the advent of AVs within the European Community, countries are updating their laws. In the Netherlands, laws governing the experimental use of self-driving vehicles and covering truck platooning are in place. And the country's official bodies are now preparing a software driving license for a vehicle.

“It is to assess the extent to which a vehicle can produce safe and predictable automated driving behavior that aligns as closely as possible to human performance in an ‘open traffic system’,” explained Latham. “Germany has been developing a new legal framework for autonomous driving in specific settings. Currently Level 3 and 4 AVs must allow for manual intervention at any time and the driver must be constantly aware and able to claim take control.”

New legal frameworks
Sweden is notable for its generally positive attitude to AV (and EV) development. There and in neighboring Finland, extreme climatic conditions add a further dimension to AV R&D. Two notable projects are the state-funded Martii autonomous car, developed by the VTT Research Center for operation on snow-covered roads, and a lidar-equipped driverless robobus being demonstrated in Helsinki.

In parallel, the Finnish government proposed a new Road Traffic Act which embraces the application of automation and data utilization. The Act specifies that a person controlling a vehicle remotely (while not aboard) would still be defined as a road user – with all the legal responsibility involved. Finland is replacing yellow line road markings with white to ensure easier recognition by AV systems.

France has established a new legislative framework through the PACTE Bill. This “huge catch-all law,” as Latham calls it, provides a regulatory framework for open road testing of SAE Level 3, 4 and 5 AVs. France has signed a memorandum of co-operation with Japan in fields that relate to AVs, signaling their commitment to further development.

And in the U.K., Parliament passed the Automated and Electric Vehicles Act. It adapted the existing motor insurance framework by extending compulsory insurance to AVs as well as the driver: “Currently, the British government is also preparing a new legal framework relating to AVs. Final recommendations are expected in 2021,” added Latham.

Standards are likely to come in AVs, Latham said. But there is a lack of harmony in approach from country to country, such as the level of autonomy permitted and required safety measures. “As consensus has not been reached, standards may also be difficult to reach,” he noted. Nevertheless, certain areas of innovation could become essential for standards development.

One is lidar signal processing to generate ‘environment awareness’ to inform and guide the vehicle-driving algorithm. Another area is advanced camera-based systems. Others include vehicle-to-vehicle (V2V) and vehicle-to-environment (V2X) connectivity and the technologies to make them more self-contained and commoditized. The pace of technology has turned what were once futuristic concepts into less fanciful fare.

U.S. patent 10053164B2 describes an AV with a circular cabin that can serve as a meeting room on wheels – a common sight at today’s mobility-tech fairs. Likewise, U.S. patent 20180072218A1 describes a light-projection system for AVs that can project a zebra stripe pattern onto a road surface to alert pedestrians that they may cross the street safely. Nonetheless, Latham sees plenty of opportunities for innovators to stake out new IP in the self-driving future. But he cautions that multiple technologies “must co-exist seamlessly for the vehicle to work as envisioned.”

Continue reading »
The new patent system could provide a cost-effective way to secure commercial protection across the EU.”