“We envision a world where our high-power-density electric motors power airplanes cleanly and more efficiently, in a way that benefits the environment and lowers costs for operators and consumers." -- magniX CEO Roei Ganzarski

Mobility is in the midst of an electric revolution, propelled by industry innovators such as magniX. Headquartered in Redmond, Washington, the magniX team is focused on revolutionizing electric motors for commercial aviation applications.

Electric aircraft propulsion specialists at magniX are on track to achieve another historic first: the first flight test of the eCaravan, the world's largest all-electric commercial aircraft.

Leading the charge in the electric era of aviation, magniX will conduct the first flight test of the 750-horsepower magni500 all-electric propulsion system on a Cessna 208B Grand Caravan aircraft in Moses Lake, Wash., on Thursday, May 28, 2020. magniX is working with AeroTEC – an aerospace testing, engineering, and certification company with offices in Seattle and flight test facilities in Moses Lake – on the first flight of the eCaravan, an all-electric version of the world’s most-used, middle-mile aircraft.

“The magniX team, together with our partners at AeroTEC, have been working hard magnifying the aircraft and converting it from its gas guzzling, emission creating, old self to an all-electric, low operating cost, clean aircraft,” magniX CEO Roei Ganzarski explains.

The eCaravan first flight test follows on the heels of another historic milestone: first flight of an all-electric commercial aircraft on December 10, 2019, when Harbour Air flew the eBeaver, a six-passenger DHC-2 de Havilland Beaver seaplane also magnified by the 750-horsepower (560 kW) magni500 propulsion system from magniX. 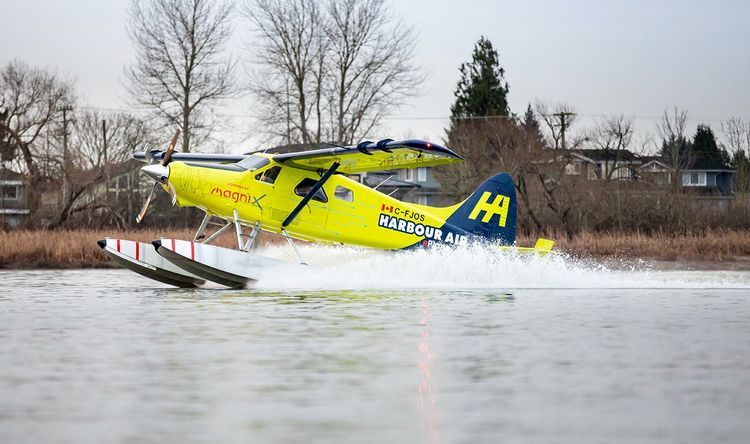 “We envision a world where our high-power-density electric motors power airplanes cleanly and more efficiently, in a way that benefits the environment and lowers costs for operators and consumers,” Ganzarski adds.

Just days after the eCaravan first flight test, magniX CEO Roei Ganzarski will open the AeroTech Digital Summit with a keynote address – titled, “Shaping the Culture of Aviation” – on Tues., June 2, at 10 am EDT (7 am PDT). In his keynote address, he will postulate: What might aviation look like if costs per flight hour were reduced 50 percent to 80 percent? How would communities be connected, people commute, and packages be delivered? What would it mean to produce zero emissions when doing so? Visit the AeroTech Digital Summit website for more information and to register to attend.

Save the date for AeroTech 2021 at the Hyatt Regency in Orlando, Florida, on March 9 through 11, 2021. magniX CEO Roei Ganzarski will deliver an opening keynote address, titled “Aviation – An Electrifying Revolution is Coming,” about the future of aviation in an on-demand, environmentally aware, post COVID-19 world, including: what point-to-point really means, and why we should all be thinking about the door-to-door travel experience.

Continue reading »
“We envision a world where our high-power-density electric motors power airplanes cleanly and more efficiently, in a way that benefits the environment and lowers costs for operators and consumers." -- magniX CEO Roei Ganzarski