A Failure Mode, Effect and Criticality Analysis (FMECA) is a methodology used to define, identify and eliminate known and or potential failures in order to enhance the product's reliability and quality.
The Criticality Analysis plays an important role in FMECA. A method defines the failures' priority to find the most risk area. Traditionally, in automobile industry, the criticality assessment is based on the severity (S), frequency of occurrence (O), detection (D) of an item failure. The priority of the problems is articulated via the Risk Priority Number (RPN). This number is a product of the occurrence, severity and detection, i.e., the method assumes that the occurrence, severity and detection have same importance. Additionally, the component and system can only be in either of the two states: functioning or failed. However, it does not represent reality. In fact, failure mode is of fuzzy conception.
This paper describes a methodology, based on fuzzy logic, for prioritizing failures in criticality assessment. The failure severity, frequency of occurrence, detection and failure mode itself are represented as members of a fuzzy set, combined by matching them against rules in a rule base, evaluated with min-max inferencing, and then defuzzified to assess the criticality of the failure.
A turbocharger rotor-bearing subsystem's fuzzy-logic-based criticality assessment is conducted to demonstrate the method. The comparison of this method and RPN is presented to show the advantages of the new method.
DOI: https://doi.org/10.4271/2000-01-1350 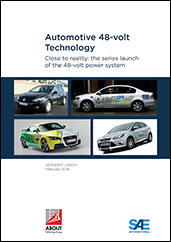