An electronic instrument for the measurement of fuel consumption in reciprocating internal combustion engines for light aircraft has been designed, manufactured and tested.
The operating principle of the measuring device is based on the simple, theoretically supported and experimentally verified observation that the fuel mass flow rate is almost exactly proportional to the product of the intake manifold air pressure “pc” and the engine revolution speed “n”.
Therefore, only two sensors are needed, and no fuel pipe cutting is required for installation and operation. This feature represents a major point in favor of simplicity, reliability and safety.
The aim of the instrument is to provide a fuel consumption indication which can be used during cruising. The instrument is not intended as a replacement for the usual on-board fuel level gauge, but can be used to integrate the flight information with the overall and instantaneous fuel consumption data. The instrument also displays the engine revolution speed, the air pressure and temperature in the intake manifold.
The measuring equipment was tested on a reciprocating engine running on a dynamometer bench, while further flight tests, like those already carried out with a former version of the instrument without temperature correction, will be performed in a subsequent phase of the research. In the present modified version of the instrument, instead, the effect of the air temperature at the engine inlet is also taken into account, thanks to an RTD (Resistance Thermal Detector) placed in the intake manifold, thus improving the fuel consumption calculation made by the electronic instrument.
The main component of the instrument is a microprocessor which calculates the reference ratio “γ” between the current value of the product “pc·n” and the maximum value “(pc·n)max” obtained along a typical propeller load curve. For this purpose, a preliminary calibration of the instrument is necessary, and a three-piece straight-line law has been recorded in the micro-controller memory.
The measuring accuracy obtained so far is lower than 2%, thanks to the temperature correction technique here employed.
DOI: https://doi.org/10.4271/2002-01-1511 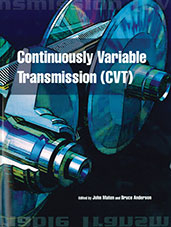