Automated Tape Laying (ATL) is one of the original automated processing methods developed for composite aircraft structure. Development of the ATL process started in the late 1960’s and the first commercial machines were available by the late 1970’s. Tape layers were used primarily on military aircraft programs during the 1980’s as composite materials had not yet been used extensively for commercial aircraft primary structure.
As composite material usage on commercial aircraft primary structure has increased in the last few years, ATL has re-emerged as a widely used process in the aircraft industry. ATL systems have excellent material lay up rates and companies who use these machines have discovered a variety of ways to take advantage of that capability. Tape layers can be used for a variety of aircraft parts. For example, on some current generation aircraft, all assembly components that make up the horizontal stabilizer box are made with the ATL process. This includes the skin panels, skin stiffeners (stringers), ribs, and spars. Contour Tape Layers (CTL’s) are used for the stabilizer skin panels and the other components are layed up as flat laminates that are cut into individual pieces and hot formed to achieve final part shape.
This paper provides some background information on the ATL process development, a review of ATL technology, current commercially available machines, how ATL systems are used, and some perspectives on the future of ATL processing technology.
DOI: https://doi.org/10.4271/2005-01-3320 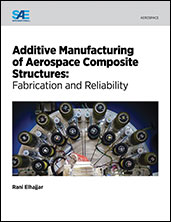