In recent years, More-Electric and All-Electric Architectures are being adopted extensively for next generation of aircraft. In this new architecture, many systems rely primarily on the use of electrical energy. Hence, there is a significant increase in the demand of electrical energy that is managed by the electric power system of the aircraft. A significant increase in demand of electrical power is also observed during recent years of aircraft development.
In the More-Electric Architecture, aircraft systems are heavily dependent on electric energy. This fact results in higher extraction of mechanical power from the engine via power take off shafts as opposed to energy extraction via bleed air. The balance of extracted energies has shifted from pneumatic extraction to mechanical extraction and conversion into electrical power. The transition to the use of increased levels of electrical power leads to increased complexity and criticality of the electrical system of the aircraft. Having the use of electrical energy as common denominator, aircraft systems are becoming increasingly correlated. Consequently, the impact of change in the power usage or quality in one system affects the availability or the quality of power for other systems. Therefore, recognizing these interactions between aircraft systems becomes of significant importance for the safe and efficient operation of the aircraft.
This paper presents an approach for an integrated multi-domain energy model used for simulation and analysis of power flow to different systems at the aircraft level. The model captures the behavioral and functional aspects of different systems with focus on the energy handling and translation to electrical energy under various flight conditions. Superimposing of the power quantities used by the different utilization systems models provides the means to understand the impact of energy parameter change in one system on other connected systems and on the overall availability of power at the aircraft level.
In the preliminary stages of modeling, the overall electrical energy model is based on combining subsystems energy model data with power usage data extracted form aircraft load analysis for systems not yet modeled. The combination of the two data stream gives the overall energy picture. The models may be used to analyze the energy transfer at both behavioral and functional level. The selected subsystems for which energy models were created have either a significant power draw or are continuously varying as function of flight conditions or pilot intervention, such as Environmental Control Systems and Hydraulic systems. In addition, a generic aircraft load analysis for a More Electric Aircraft that includes information about the loads and their interdependency with other system is also used to predict power utilization upon different flight phases and flight conditions. Once additional detail models become available, they may be integrated in the general energy model of the aircraft, while the relevant load analysis data extracted from the value maybe eliminated.
The overall model was used for analysis of electrical power transients and transfers during varying aircraft conditions such as impact of an aircraft maneuver, altitude gain during ‘climb’ and generators failures on the overall power availability.
An extension of this model was used for conceptual design of power management dynamics at the aircraft level. An approach of power management study is also briefly discussed in this paper.
DOI: https://doi.org/10.4271/2008-01-2917 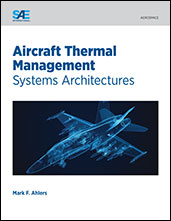