Exploring the Potential of a Quadruped 690191

A four-legged, 3000 lb, walking truck test bed has been developed and the test results have proved the feasibility of walking machines. Effectiveness of this control method where the machine mimics man’s arm and leg movements was shown by a variety of maneuverability experiments. Therefore, it has been proved that it is possible to develop this vehicle concept, and the control method involved, to effectively emulate animals in the way they travel on rough terrain.
Human perception, judgment, and agility are transmitted through the machine in a manner that lets the operator easily imagine that the machine is merely an effective extension of his own appendages. The human psychomotor action, coupled with the power and ruggedness of the machine, provides a valuable marriage. It opens new vistas not only for rough terrain vehicles but also for a variety of other manipulative machines.
Many jobs require the sensing acuity of man but are too tough for the frail human flesh. It is possible to provide a man with machines that react to his natural neuromuscular reflexes so as to deftly do articulate manipulative work. Examples of such work are the transfer, orientation, and placement of: a 6000-lb missile group; a 2000-lb bomb assembly; large ammunition canisters; cargo packages; large assembly parts; etc.
Plans are now underway for preliminary testing to show maneuvering capability.
Based on preliminary test results, additional development programs may be planned. The objective of any new programs will be to extend the quadruped capabilities and de-demonstrate practicality in field applications.
DOI: https://doi.org/10.4271/690191 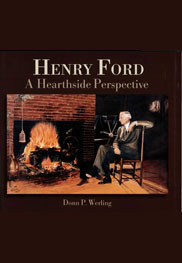