The rapid and dramatic growth of aviation over the past several decades is a matter of history with which we are all quite familiar. Integral to that growth has been the mushrooming progress in powerplant technology which, by necessity, is the lead factor in the development of aircraft systems.
This paper highlights some of the major milestones that have influenced the course of developments in gas turbine powerplants. It traces its origins in work done on turbosuperchargers, with discussion of the stimuli and shifts in requirements that resulted in various types of jet engines leading up to today's high-bypass turbofans. The natural quest to fly higher, faster and further has reached a point of relative maturity in technology so that today's efforts can now be directed more towards improvements in efficiency, reliability and ecological consciousness.
The future holds new challenges. It calls for new ways to control the spiraling costs of development and production of powerplants. In the face of higher and higher fuel costs, there is a need to continuously strive for lower fuel consumption, and at the same time, to study alternate sources of energy for gas turbines. And there is much yet to be done in making engines as clean and as quiet as the public demands.
Because today's climate is characterized by fewer new product opportunities, diminishing support for research and development, and cost/price inflation affecting both the manufacturer and customer, technology progress in the future may be less spectacular than in the past, but will be just as meaningful and beneficial to the future of aviation.
DOI: https://doi.org/10.4271/751120 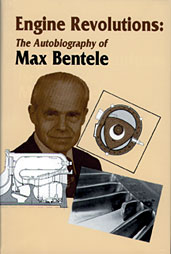