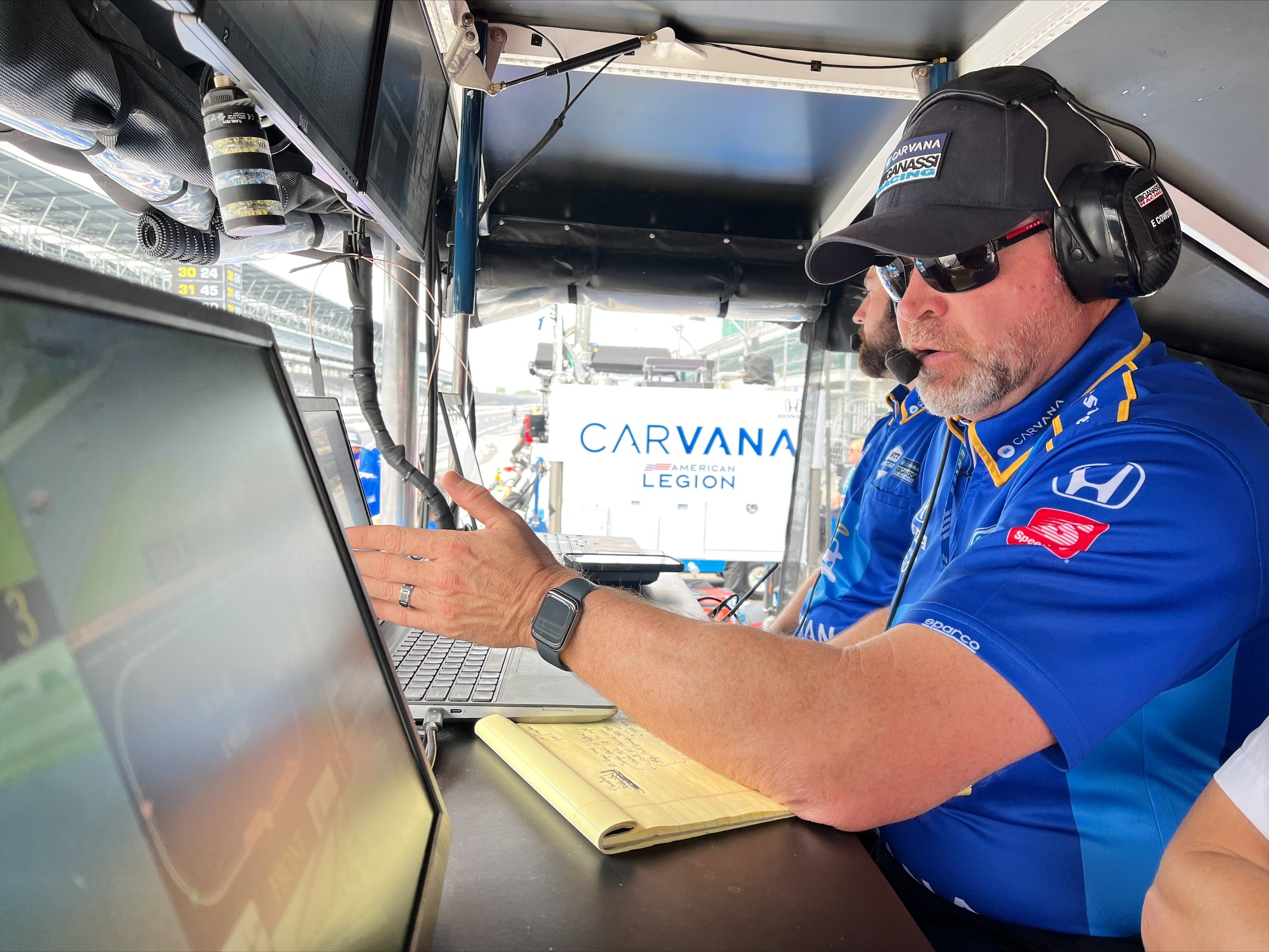 From Aerospace to Auto Racing: How Eric Cowdin’s Formula SAE Experience Changed the Course of his Career

It’s a week and a half before one of the biggest events in IndyCar racing when SAE International dials into a non-descript office at the Indianapolis Motor Speedway.

The energy in the room is palpable even through a Zoom connection as the Chip Ganassi Racing (CGR) team is prepping the No. 48 Carvana Racing Dallara-Honda for Jimmie Johnson’s Indianapolis 500 debut after a successful career in stock car racing with NASCAR.

While Johnson may be a relative newcomer to Indy racing, his engineer, Eric Cowdin, is a seasoned pro—though both have had interesting career journeys that have brought them to Indianapolis Motor Speedway on this day. During a free moment before day two of practice begins, Cowdin sits down to share his story with SAE.

Cowdin started his collegiate career studying aerospace engineering. One summer during his graduate studies at Virginia Tech, he was in search of a hobby to give him something to do outside of class. While trying his hand at golfing, Cowdin heard the Formula SAE team testing their car on a nearby runway.

“I actually just threw my bags into the weeds, hopped the fence and ran down there and said, ‘Okay, what do I do to get involved?’” he says.

As an aerospace major, Cowdin was immediately put in charge of the wing program, looking into the aerodynamic forces that help the car move fast while sticking to the road—a new undertaking for the team at the time.

“Mind you, this was 20 years ago, so things like that were kind of new and some of the cars that you see today are full ground effect and are very advanced in the wing design. The tools that we had back then were pretty rudimentary as far as wing design.” He chuckles as he adds, “It’s actually embarrassing because it was just awful.”

Even with those humble beginnings, Cowdin continued to learn through his involvement with Formula SAE and developed a passion for motorsports that led to a career. While finishing up his program at Virginia Tech, Cowdin drove to Nazareth, Pennsylvania, to the IndyCar race there, where he made a valuable connection with CGR engineering manager Julian Robertson that determined his path forward.

“[He said] just to be persuasive, let people know you really want to do this…that’s what I did,” Cowdin says. 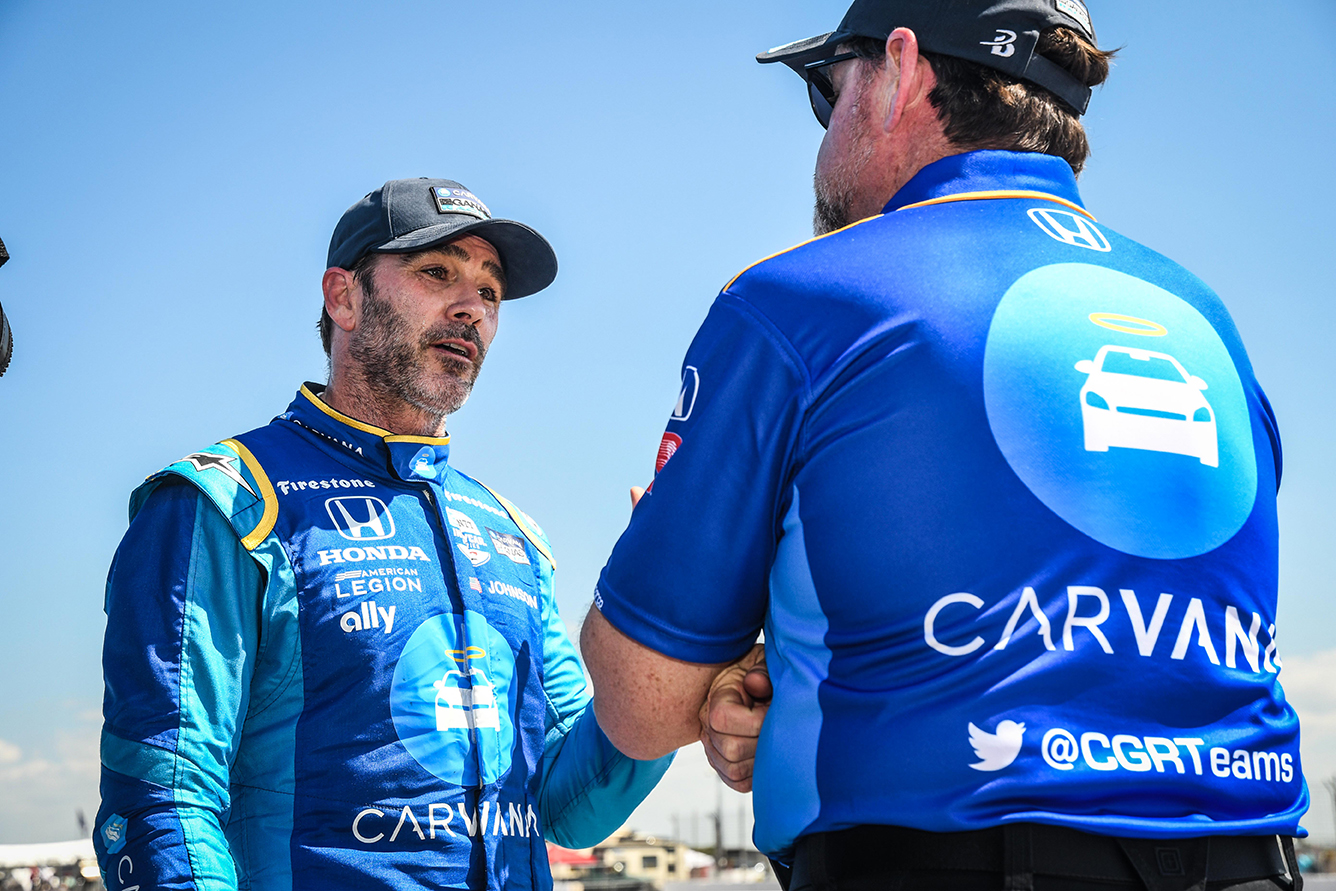 Cowdin graduated in 1993 and in 1994 got his first job in racing with a GTS team, Bricks Motorsports. He moved to Detroit for the opportunity, only for the chief engineer to quit after Cowdin’s first few weeks on the job. He was put on the spot for a race in Daytona and continued to fill in at different events as the team searched for a replacement, all the while proving his skills. In Atlanta, the team higher ups decided to give Cowdin his due and make his position as race engineer official.

“They’re like, ‘Okay, you can keep on doing what you’re doing as race engineer, but if anybody from GM asks how old you are, just don’t tell them.’ I think I was 23 at the time. From there, we went on to win the manufacturer’s championship for Oldsmobile, and my driver won the driver championship, and I thought, ‘I got this motorsports thing; this is easy,’” he says with a laugh.

His career continued to evolve with many triumphs along the way, including a 2013 Indianapolis 500 win. His skills from his days with Formula SAE served as a basis for his growth and achievements, even as technologies changed and grew more sophisticated.

“All these things that have come into everyday use in what I do now, but from a standpoint of sitting in a classroom, you’re making that connection,” he says. “That becomes more interesting, because when you’re sitting in a classroom going, ‘Okay, do I really care about lift coefficients?’ Yes I do, because when I’m trying to dial in a car here at the speedway…all that stuff becomes very important. So, making that connection between something you’re passionate about and the classwork—I think that really helps.”

With race day looming ahead, Cowdin and crew are busy with last minute adjustments, but it’s nothing out of the ordinary for the team.

“Preparing for this race is a year-round project. It’s so important to the people in the sport, to the sponsors, to the drivers, to the teams—it’s the number one goal of every team in IndyCar,” Cowdin says. “I don’t even know if that puts it into perspective. We’ll spend, I’d say, probably 40-50% of our resources for this one race. It literally has a life of its own.”

He’s appreciative of the team effort, and the ability to work together on something they’re all passionate about. Whether it’s the Indy 500 or a local dirt track race, the sport has a way of uniting people, and rewarding a don’t-quit attitude.

Cowdin is impressed with the talent coming from the next generation of race engineers and has found opportunities to learn from the people around him. For those Formula SAE students interested in following in his footsteps, he has a few words of wisdom.

“What you have to do is be persistent and make sure you know what you want,” he says. “Back when I started, I was the engineer, and I did everything, but it’s become so much more of a multifaceted approach to racing that one person can’t do it all. The biggest thing is to be persistent, get in the door, and work hard.”