Sustainability is heavy on the mind of many industry leaders as they contemplate the mobility of tomorrow. While multiple alternative fuel sources are being considered as a part of this future, hydrogen as a fuel source has captured the imagination of many aerospace engineers as they consider the potential benefits of hydrogen over other sustainable aviation fuels.

At the Hydrogen 2022 Conference in Amsterdam, June 8-9, Leaders from EasyJet, Airbus, ZeroAvia, and Boeing will discuss what the future of hydrogen could look like for aviation, led in conversation by Pascal Thalin, Director of Aerospace Standards, Technology & Innovation at SAE International.

As he prepares for the upcoming panel, Thalin stopped by the SAE International Blog to give us a tease of what’s to come.

Emissions reduction has long been the focus of aviation in order to achieve environmental friendliness while ensuring regulatory compliance. 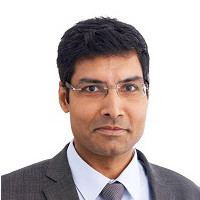 With conventional jet fuel, this has been made possible thanks to the development of more efficient engines with sizeable fuel burn reduction on regional, long- and short-range flight routes.

But, more is required for meeting the global environmental objectives, and sustainable alternative fuels is providing today’s quickest pathway to the aviation industry. In fact, among the quick-win solutions, Sustainable Aviation Fuels (SAF) derived from various feedstocks constitute a ready-made solution.  Considered ‘drop-in’, SAF can be blended with conventional jet fuels, and help decarbonize flight operations.

Nevertheless, the supply and cost constraints of drop-in SAF alternatives to jet fuel, and for most SAF the current regulatory capping at 50% for the blend-rate with jet fuel, combined with the challenges of non-drop-in SAF, are currently impeding the massive expansion of SAF.  While the move towards the 100% blend-rate for drop-in SAF is still under evaluation, authorizations and conditions of utilization for blending rates higher than 50% for certain SAF, are expected by the industry in the next couple of years.

Interestingly hybrid-electric propulsion developments may also make of SAF, in lieu of jet fuel to the extent permitted, in the gas turbine part of the powertrain dedicated to producing electricity for propulsion needs.

Electrification of aircraft propulsion and systems has also ushered in an era for emissions reduction. The Urban Air Mobility segment is currently capitalizing on this paradigm by fielding solutions with entry of service plans in the next couple of years, making use of batteries as energy storage.  Nevertheless, for larger aircraft destined to fly longer distances, the range limitations stemming from energy-density limitations of propulsion batteries, may be resolved using Hybrid-electric propulsion powertrains, as described above.  Here, in addition to batteries, turbogenerators producing electricity out of jet fuel or SAF, ensure that the overall aircraft energy requirements are met, therefore enabling range extension, and making possible the design of larger aircraft with longer range, with reduced carbon emissions.  Alternatively,  hybrid-electric configurations with batteries and thermal engines are also possibilities being reckoned with by the industry.

The transition to net zero carbon emissions is calling up yet another type of fuel, namely Hydrogen in both gaseous and liquid forms for aviation, and it can also play a part in the electrification process.

There are two types of utilization for hydrogen as primary energy source on board an aircraft.  In the first one, Hydrogen is supplied to Fuel Cells that produce and supply electrical energy to propulsion electric motors that generate thrust/lift.

In the second possibility, hydrogen could replace jet fuel or SAF, to undergo combustion within the gas turbines present in turbofan or turboprop engines. This is called direct hydrogen combustion.

When the two possibilities above are combined we get the Hydrogen Hybrid powertrain.

Now,  let us look at the timelines.

Thanks to gaseous hydrogen, for early-adopter AAM, UAS, GA segments, as well as commuter aircraft, the first configuration may come to fruition as early as 2025.

For regional aircraft on medium to short-haul routes, the 2030 timeline is the industry target, whereas for aircraft with longer range, the expected milestone for zero-emission flight operations is around 2035.

Here liquid hydrogen would be implemented in Hybrid powertrains parlaying the additive benefits of fuel-cell powertrains, and hydrogen-fueled turboprop or turbofan engines fielding direct combustion of hydrogen fuel , in what is described above as the Hydrogen Hybrid Configuration.

Technology developments required for hydrogen-based solutions include storage, distribution and utilization functions of this fuel on board, as well as overall infrastructure, including ground support and refueling features.  Challenges concern the technology building blocks, which include, among others, novel materials, components, equipment and systems. There is a necessity for engineers to prioritize work on key success factors such as performance, power density, integration, proof of concept, design of experiments, safety, means of compliance, and lifecycle assessment of decarbonization.

At SAE International, I am leading standardization, and organizing, moderating and participating in expert panels, roundtables and workshops at forums and conferences worldwide, with the focus on sustainable solutions for aerospace, spanning across key topics such as electrification, and alternative fuels including Sustainable Alternative Fuels (SAF) and Hydrogen, and on as to how best support industry efforts in the lead-up to net zero carbon emissions in the foreseeable future. The Hydrogen 2022 Conference panel will help capture the perspectives of aircraft OEMs and carriers, on both SAF uptake and the leapfrog hydrogen-based powertrain/infrastructure solutions, and their respective timescales.

Pascal Thalin is Director, Aerospace Standards, Technology & Innovation at SAE International.  In various leadership positions within Airbus, Safran and Thales, he has gained longstanding experience in R&D, Program Management, and Business Development of Power, Propulsion & Actuation Systems for a wide range of aircraft.  His major focus is on optimized solutions for the Hybrid-Electric and Electric Aircraft, and Sustainable Aviation in general, from the perspectives of design, operations, and business, allowing reduction of environmental impacts.

He holds an Engineering degree from INP-ENSEEIHT, and a Ph.D. in Electrical Engineering from the National Polytechnic Institute of Toulouse, France.