“Today Orbex has taken some big strides forward, creating something unique in Europe – a well-funded, private micro-launch solution supported by excellent facilities, strong industrial partners and an expanding line-up of commercial customers. There are only a handful of private launcher companies globally that have practical experience in the design and production of micro-launch vehicles, and even fewer that have combined those skills with sufficient funding and the commercial contracts to execute on their plans,” continues Larmour.

Orbex, a developer of small satellite (smallsat) launch vehicles based in Forres, Scotland, has unveiled its “Prime” launch vehicle. The rocket is the second stage of a two-stage vehicle designed to carry smallsats up to 1,250 kilometers (776 miles) and insert them into sun-synchronous or polar low Earth orbit. The launch system utilizes several novel technologies, including the world’s largest metal rocket engine produced as a single piece through additive manufacturing (AM).

Prime’s 3D-printed engine was design-optimized for selective laser melting (SLM) through a partnership with SLM Solutions Group AG of Lübeck, Germany. As a single piece of metal, the Orbex engine is less prone to the temperature and pressure fluctuation-related failures associated with joined and welded rocket engines.

SLM Solutions worked with Orbex to transfer engine design into SLM production in a SLM 800 large-format metal AM system and developed a unique set of parameters optimized for the various engine design features, orientation options, size, and complex geometry. The engine was manufactured with as a single piece of specialized nickel alloy in a 280 by 500 by 850-millimeter powder bed with contactless powder handling to maintain material purity. 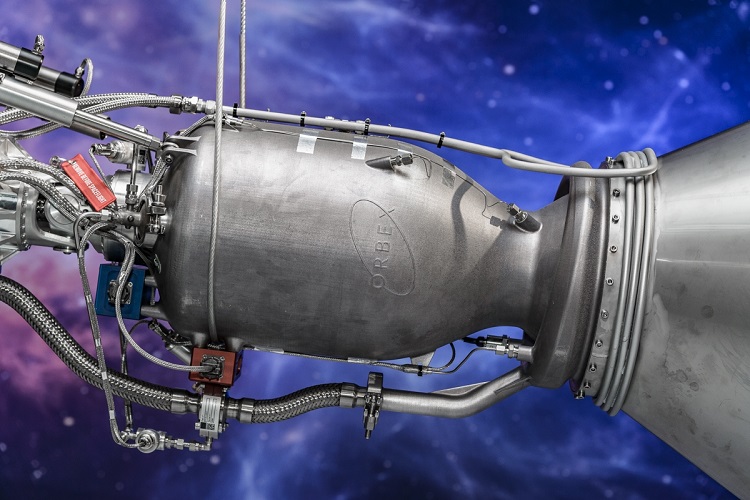 SLM Solutions utilized automated build chamber conveyors to transfer the finished part to an unpacking station designed to remove powder through vibration and rotation. After production, reference samples built together with the engine were analyzed in the SLM Solutions’ metallography lab, where porosity level and distribution were proven to meet the quality acceptance criteria.

Orbex’s nickel alloy engine will be mated to a 1,300-millimeter (4.2-foot) diameter, lightweight carbon fiber and aluminum composite vehicle body. The company states that the structure that is 30 percent lighter and 20 percent more efficient than any other launch vehicle in its light launch vehicle category, resulting in more power per cubic liter than many heavy launchers. 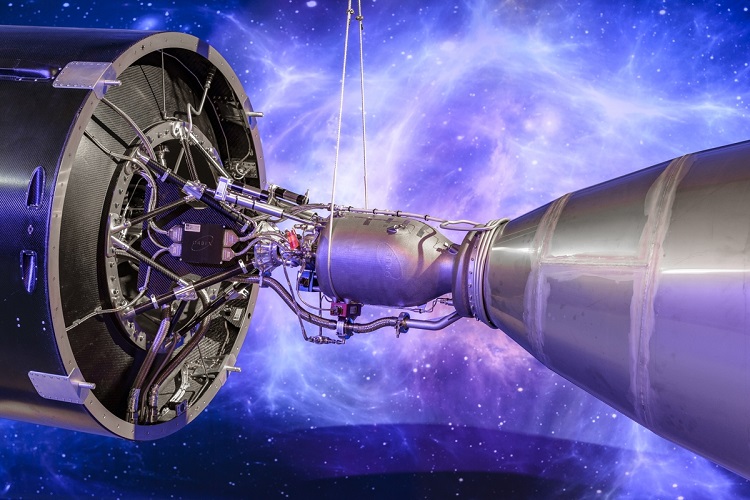 The Prime launcher and its first stage booster are intended to be reusable and uses a novel zero-shock staging and payload separation process – called “Magic” – that creates in no orbital debris.

Additionally, the use of propane or bio-propane allows engineers to use a sleeved propellant tank architecture to reduce total system weight. Since propane exists in a liquid state at cryogenic temperatures, it can be held in a central carbon-fiber tank is surrounded by an outer liquid oxygen tank.

Orbex – which has been able to attract top development talent with experience from organizations including NASA, the European Space Agency (ESA), and ArianeGroup – first came into the public eye in July 2018, when the United Kingdom Space Agency (UKSA) announced that Orbex was chosen as part of the main consortium to launch from a new proposed vertical launch spaceport in Sutherland in the Scottish Highlands. By then, the company, which quietly developed Prime almost totally in house, had already secured £30 million ($39 million) in public and private funding from sources including UKSA and venture capital firms Sunstone Technology Ventures and the High-Tech Gründerfonds.

“Since the announcement in July 2018 that we had been chosen to launch from the Sutherland spaceport, Orbex has been on an incredible journey, largely behind-the scenes,” says Orbex CEO, Chris Larmour. “That is changing today, as we publicly reveal the company’s technical and commercial momentum. Not only do we have a full engineering prototype of the complete stage two of the Prime rocket, but also a growing roster of customers hoping to be among the first to launch satellites from Scotland.” 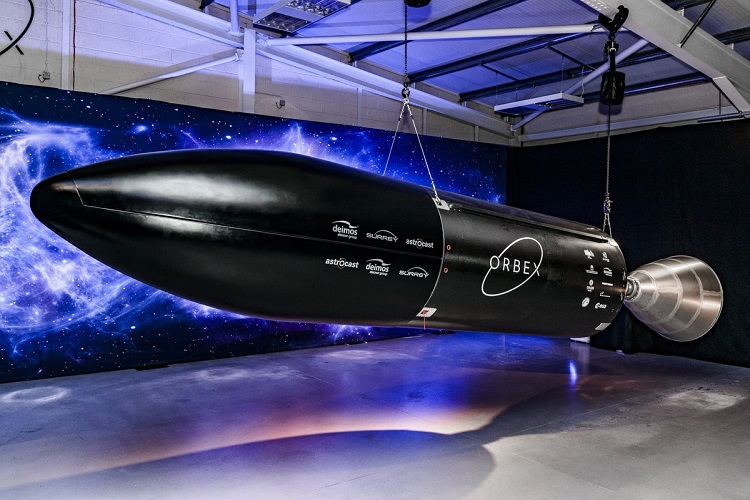 Orbex has marked 2021 for the Prime’s first flight. The launch will carry an experimental payload from Surrey Satellite Technology Ltd. (SSTL) headquartered in Guildford, United Kingdom. This launch will represent an important first for the UK commercial space industry, demonstrating the UK's end-to-end launch capability with a UK rocket launching a UK satellite from a UK spaceport.

Orbex also announced that Swiss-based Astrocast SA, has selected Orbex to launch as many as 10 nanosatellites by 2023 for the development of a planet-wide Internet of Things (IoT) network. Astrocast’s satellite-based IoT network will eventually include 64 nanosatellites, spread across eight strata above the Earth to deliver IoT connectivity across the planet, including regions currently considered remote or inaccessible.

One of the leading companies in the European space sector and strategic investor in Orbex, Elecnor Deimos, has also confirmed that it has contracted with Orbex for up to twenty satellite launches.

“Today Orbex has taken some big strides forward, creating something unique in Europe – a well-funded, private micro-launch solution supported by excellent facilities, strong industrial partners and an expanding line-up of commercial customers. There are only a handful of private launcher companies globally that have practical experience in the design and production of micro-launch vehicles, and even fewer that have combined those skills with sufficient funding and the commercial contracts to execute on their plans,” continues Larmour. “We are looking forward to the next steps in our development from our new home in Scotland.”

“Orbex’s new rocket design facility brings Britain one step closer to having its own domestic commercial launch capability and firmly positions the UK as Europe’s frontrunner for those looking to Earth’s orbit and beyond for new opportunities. The new facility and future spaceport operations will help unlock vast economic and societal benefits not just in Scotland but right across the UK,” says Graham Turnock, chief executive, UKSA.

According to the current UK Secretary of State for Business, Energy and Industrial Strategy, Greg Clark, this UK space sector growth is generating close to £15 billion in income each year.

Continue reading »
“Today Orbex has taken some big strides forward, creating something unique in Europe – a well-funded, private micro-launch solution supported by excellent facilities, strong industrial partners and an expanding line-up of commercial customers. There are only a handful of private launcher companies globally that have practical experience in the design and production of micro-launch vehicles, and even fewer that have combined those skills with sufficient funding and the commercial contracts to execute on their plans,” continues Larmour.