It's a rolling smartphone. When I look at the eco system that's going to be built for the car, I think of Android. I think of an open environment.”

At the recent TU automotive conference in Novi, Michigan, Automotive Engineering had the opportunity to sit down with two of the industry’s most important software sages, BlackBerry’s John Wall and Kaivan Karimi, both senior vice presidents and co-heads of Blackberry Technology Solutions. The duo’s division includes BlackBerry’s security services, the nigh ubiquitous QNX architecture along with products including Jarvis, Certicom and Paratek for the Waterloo, Ontario-based company.

Sort of the Obi-Wan and Yoda of secure-software architectures, the interview provided an animated back-and-forth between the two well-acquainted BlackBerry execs, discussing the paradigm shift in automotive systems and the emergence of the vehicle as its own software platform. 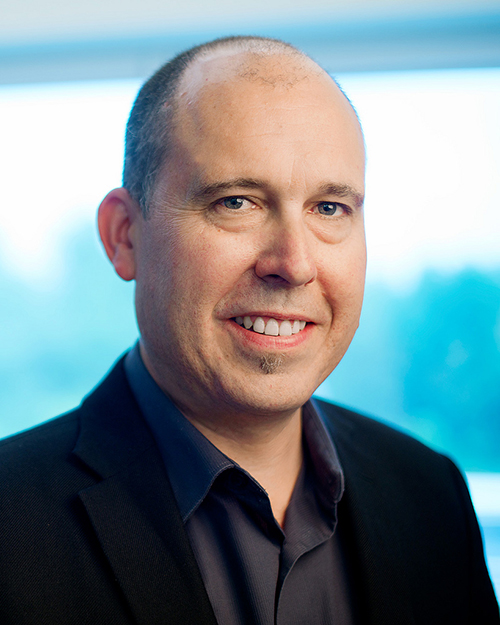 and the need for a high-level, high-complexity operating system and hypervisor to support this switch from these small ECU's. What we see developing in the automotive industry is the car actually becoming a software platform.

And we've often talked about applications in the car, and it's been typically in the infotainment system. Yelp, OpenTable and Parkopedia and all these – I would say consumery type applications. But what we think is going to be very interesting in the future is as the car becomes this open platform, you're going to start to see more car centric applications. ADAS features, suspension features, engine features, were you'll really be able to buy services that are car centric within the vehicle. And that's how the OEM's are going to start to monetize. I think you're also going to see services like insurance and other things that are going to become much more a la cart within the vehicle.

Kaivan Karimi (below): You see some of it right now with Tesla. Their charge capacity and speed is preset, and you pay a fee and in real time and you're upping it. 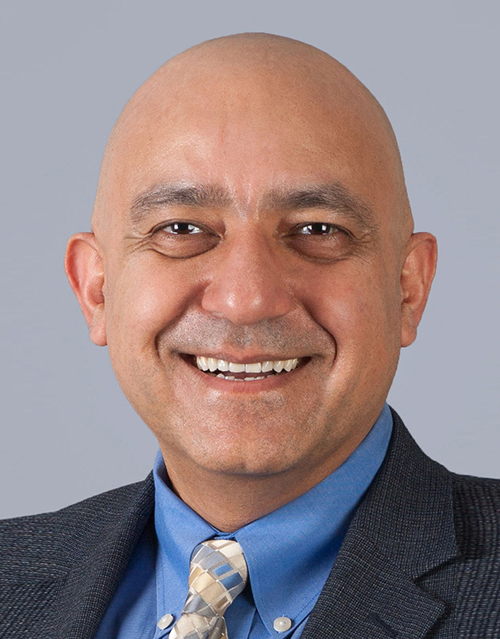 John's a car guy. He loves driving. This weekend he wants to go on a nice drive, so he changes the suspension system. But he doesn't want to pay for it all the time when he's driving in the city.

Wall: Say you own a Porsche and you're going to Watkins Glen to do a track day. I want to download something that's for that track. Engine settings, suspension settings, transmission settings for that track. That's what Porsche envisions, that they'd be able to sell you that on the weekend. It's got this many right turns, so the suspension is all set up just like a race car is configured for a track. That's just an easy-to-understand use case.

AE: So the car becomes a rolling server?
Wall: It's a rolling smartphone. When I look at the eco system that's going to be built for the car, I think of Android. I think of an open environment.

Karimi: Except a lot more complex.

Wall: It can't be Android, because Android's not safe and secure enough that you would need for the car. And like Kaivan says, much more complex because many more systems in the vehicle. But think of that as the app environment that everything in the car is abstracted as a set of services. So your autonomous drive is an app, but runs on this. When I say open architecture, I mean literally like the phone. If there's 20 different ecosystems, nothing will ever converge from an app perspective. It's going to have to become like you have in the phone. You have iOS, you have Android. People write an Android app. It doesn't matter if it's from Samsung or if it's from Blackberry... it works.

Karimi: Most of the stuff that we do is not differentiated. It's a foundation in a house. We've been in safety-certified businesses for over 38 years in other markets. It's a new thing in automotive. Since the mid 2000's ISO 26262, etc.

Wall: Like nuclear power plants, oil and gas, high speed rail. So the difference between a phone and a car is, if you're controlling acceleration, braking and steering, you have to be a mission-critical, real-time operating system that is ASIL certified, which is functional safety certification to the highest level. And we have those certifications.

Karimi: This is a mission-critical system that people's lives depend on, and unfortunately there are bad guys out there who want to exploit it. And so security is now paramount. That phone gets hacked, your data goes. Somebody's car gets hacked…

Wall: The Blackberry angle is that high level of security. So, you take what QNX brings to the market from a safe, real time, robust foundation. Then you add Blackberry DNA to that, which is high-level security.

AE: Where does the infrastructure fit into this?
Wall: So again, V2V, V2X, we're the module in the car that controls that. We also have from an infrastructure perspective a secure credential-management system, which allows certificates to be exchanged so that you could validate. We're not a cloud company. We're going to partner with whoever the cloud companies are, but we have that infrastructure as well.

Karimi: If you look at the ecosystem that John's talking about, Baidu is an example of it. There are a whole lot of different companies that are coming and plugging into that framework – a lot of overlaps on people who are participating. But at the end of the day, it's one ecosystem, one framework and we're the operating system, we're Switzerland. We think probably three or four of these ecosystems will get formed down the road. Everything will consolidate, and we want to be that safe and secure operating system and foundational software platform for these ecosystems.

AE: Does BlackBerry want to be the OS of autonomy?
Wall: OS of, but I try not to limit it to autonomy. I believe autonomy is very far out. I think what's more interesting is how the car is changing to an ecosystem platform. And that's going to happen sooner than full autonomy. That's around the corner.

AE: It seems then that the monetization of services would be the short-term goal for these companies?
Wall: Bingo. Because you're going from a car being a low margin, high-liability device, car makers know there's a ton of data in that car and a captive audience. How do I sell them services and how do I monetize their data? And that's why insurance as a service is where people can monetize the data, provide a service to the customer. I think it's going to be very interesting.

Karimi: If you look at the data on the number of cars, there are headwinds that all OEM's are experiencing. The rideshare economy is coming. People are keeping their cars longer, etc. So they have to transform themselves to take advantage of this data opportunity. They don't want to become just dumb pipes. Look at what happened in the telco market. Operators for all practical purposes are extracting little value when it comes to the apps. It's Google who’s making money, and it's the apps making the money. Operators have turned into a pipe. So car companies are in jeopardy of becoming the pipe unless they proactively go and say, "No, I don't want to be just the pipe. I want to own that customer relationship. I want to own that experience, and I want to leverage that data as a result of that experience."

AE: Where does 5G fit into this?
Wall: Is 5G necessarily the big thing? No, I don't think so. I think it's just getting the cars connected. I think V2X will probably come into its own when 5G is available.

Karimi: By 2021, over 90% of new cars will be connected, and we're only talking about new cars, so it's not a green field. You’ve still got all these legacy vehicles and people are holding onto their cars longer.

AE: Is the leap to autonomy about time, like you say a ‘captive audience’?
Wall: Who is motivated by autonomy? Full autonomy is Uber, Lyft and trucking companies – people who have a real financial stake in having autonomous drive. Fleets, any fleet. We see robo taxis will probably be the first type of companies that will be autonomous because they can put $250,000 worth of equipment in a robo taxi and monetize and amortize that over a period of time. But you're not going to buy a consumer car for $250,000.

AE: What's the dream ask of an OEM right now?
Wall: To be clear, our vision comes from the OEM's, from talking to them and working with them. We're not inventing this vision.

Karimi: This is an interesting perspective, because we work with 45-plus OEM's on a regular basis. We work with all the relevant Tier-1’s. We work with a lot of newcomer technology companies. All the new EV guys. So, it's a cross-section perspective that's agnostic.

Wall: What's really interesting is that the OEM's used to go to a Tier-1 and say, "Hey, build me this. Here's the spec. I'm going to hammer you until you deliver this to me.” That's not the case anymore. They may go to the Tier-1 and say build me some hardware, but I want to own the software. It's almost a triangle relationship now. It's OEM, Tier-1, software company. The OEM's do not want to be locked out of owning the software, because they know this is going to be a real differentiator.

Continue reading »
It's a rolling smartphone. When I look at the eco system that's going to be built for the car, I think of Android. I think of an open environment.”