A hybrid probably has the highest level of test complexity – not only does it have an electrified powertrain but also all the testing necessary for a traditional ICE.”

Regulations like California’s recent Advanced Clean Trucks rule, which calls for every new truck sold in the state to be zero-emission by 2045, will drive increasing development and sales of battery-electric and hydrogen-fuel-cell commercial vehicles. Diesel engine and aftertreatment technology will continue to become cleaner – and more complex – to meet the call for lower emissions in the intervening years.

For example, advanced aftertreatment solutions likely will increase the number of failure modes and components to test, and complex fuel-saving technologies such as cylinder deactivation and waste-heat recovery are expected 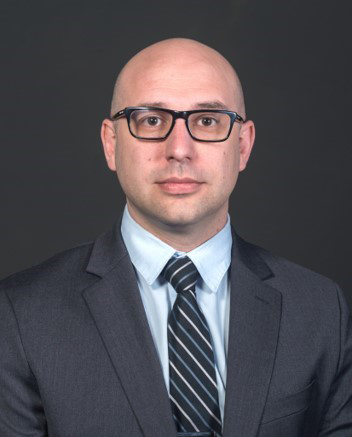 Talk about the inter-related development and testing required for low NOx, GHG Phase 2, and OBD performance.
We’re concerned as everyone is with these converging regulatory challenges for the CV space. On the technology side, lots of exciting things going on with low-NOx aftertreatments. Horiba is a big part of the research that has happened and will be a big part of the solution for OEMs as they change their toolset to be able to create those engines, test and certify them. A lot’s going on with engine technology beyond aftertreatment, too, and this is where these regulatory challenges become more than the sum of their parts. It’s not like the manufacturers have to meet greenhouse gas or low NOx, it’s greenhouse gas and low NOx. An added dimension is there’s also an OBD regulation that is a fairly large cost for the OEMs to prove that these things work in the field.

Another big piece of that for the measurement industry are the in-use regulations. Both CARB [California Air Resources Board] and the EPA have proposed overhauls of the in-use testing compliance tools to go along with those low-NOx emissions. For CARB, it’s very much about characterizing NOx in engine operating regimes that had not previously been explored, things like ‘What do our emissions look like at idle in use? What do our emissions look like at low load in use? How do we continue to expand that envelope of what is being tested to bring compliance evaluations more in line with real-world emissions? How do we close this gap between lab certification testing and real-world impacts on society?’ That’s a big thing for Horiba as well, because I think there’s going to be challenges there.

What’s being done to help the CV industry meet upcoming regulations like low NOx?
What we’re focusing on now is, how do we drive up efficiency in test cells? It’s not just a matter of selling an off-the-shelf piece of hardware or software, but also the right set of practices to use that and test correctly. It’s hard to overstate the importance of software – that’s a big part of what we’re addressing. The new test automation software we have is focused on meeting those new regulations. Any new processes, best practices are all being folded into it, like in the greenhouse gas space, utilizing the modeling software created by the EPA, called GEM [GHG emissions model]. Our software interacts directly with that; automation is absolutely going to be critical to that.

The vast majority of CV testing is still done in an engine dynamometer cell. More and more that’s starting to happen in powertrain cells. Our testing and automation platform for CV testing is called STARS-ENGINE, which incorporates all of the relevant regulations for that industry. The newest version of that platform is being evaluated at a number of different sites. That product automates regulations that have not even kicked into effect yet, like ultra-low NOx.

Any unique challenges to testing electrified heavy-duty vehicles?
A hybrid probably has the highest level of test complexity – not only does it have an electrified powertrain or at least a mild hybrid, but it also has all the testing necessary for a traditional internal-combustion engine (ICE). So that’s an area of particular concern. A pure-electric vehicle is a little easier to address if for no other reason than you’ve got rid of the emissions component. What that’s more about is, do you have the ability to test battery packs, modules, electric motors, regenerative braking, and any other subsystems that would be involved in the recharge, and auxiliary loads that will be involved in the discharge? We purchased FuelCon AG in 2018 and they make the full suite of products for testing [these subsystems] and fuel cells.

In the U.S., California is clearly a leader in mandating electric vehicles. There’s a lot of discussion about the rate of adoption, but one thing is clear to Horiba is that we’re going to have to support both [electric and ICEs] for quite a long time. Volvo Trucks has already said they plan on making combustion engines for at least another 20 years. We see a lot of companies saying that. So, it’s really about how do we address the shifting needs and be ready to pivot as the industry in general shifts from one technology to the other over timeframes as short as 20 years and as long as 40 years.

Fuel cells are gaining some steam with heavy-duty vehicles. Any unique challenges there?
From a testing perspective, once you get past the fuel cell, it’s virtually identical to battery-electric. The fuel cell itself is catalyzing hydrogen and oxygen and creating electricity that typically goes to a battery. From there it’s just like your BEV. Another piece that hydrogen fuel cells bring is significantly different functional safety requirements. You’ve got a fuel that’s flammable and that’s under pressure – fuel delivery systems that obviously don’t exist on a BEV.

Is functional safety a big aspect of your testing capabilities?
We have a fairly-new functional safety division based in California, some of which has grown out of the acquisition of [UK-based] MIRA in 2015, that is really addressing all that, not just for fuel cells but for ‘CASE’ technologies – connected, autonomous, shared and electrified. In fact, I would say that in the ‘CASE space’ for commercial vehicles, functional safety is probably a bigger hurdle than the technological hurdle at this point.

The technology certainly still has some barriers that need to be overcome, but a big part of that is, can we make these vehicles safe and fully autonomous? What level of safety is the public going to demand, and how do we meet that in a responsible way on timelines that are acceptable? So that functional-safety side is a big part of what we’re doing that maybe people don’t know a lot about.

Continue reading »
A hybrid probably has the highest level of test complexity – not only does it have an electrified powertrain but also all the testing necessary for a traditional ICE.”